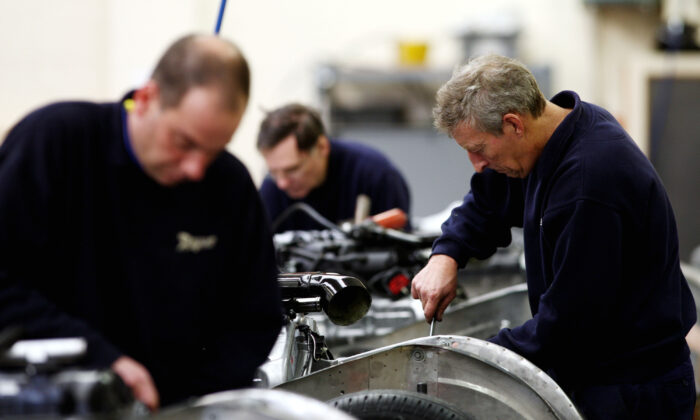 Employers in the United Kingdom expect to raise pay for workers by 3 percent in 2022, the highest in at least a decade, as they look to bring in more workers and boost retention rates.

But the increase will still fall short of the rate of inflation across the country, according to a survey by the Chartered Institute of Personnel and Development (CIPD).

CIPD surveyed more than 1,000 employers in January 2022 about their hiring, pay, and redundancy intentions for the first quarter of this year.

The London-headquartered company found that planned median annual pay award expectations rose to 3 percent, the highest recorded since the report started in its current form in 2012 and representing a 2 percent increase from three months prior.

However, with the Bank of England forecasting inflation to cross 7 percent in 2022, reaching 7.25 percent in April 2022, CIPD says most UK workers will effectively be left facing a real-term pay cut this year.

“The takeaway here is that pay awards will be big, but inflation will be bigger,” CIPD said.

Britain is currently facing inflationary pressures it has not seen in 30 years, prompting the central bank earlier this month to increase interest rates from 0.25 percent to 0.50 percent in an effort to cool down soaring inflation.

The latest interest rate rise marks the second time in three months that the Bank of England (BoE) has raised rates, and represents the first back-to-back rise since 2004.

“Even though businesses anticipate making record pay awards to their employees this year, most people are set to see their real wages fall against the backdrop of high inflation,” Jonathan Boys, labor market economist for the CIPD, said.

The British government announced on Thursday that it would provide a series of financial support measures, worth around £9 billion ($12 billion), to reduce the economic burden on households and support people with bill discounts.

While CIPD warns that Brits will effectively be left with a pay cut, the association for human resource management professionals says that more and more employers are looking toward retaining employees, with just one in ten of those surveyed (11 percent) stating that they plan to make redundancies this year.

The survey found that redundancy intentions had significantly reduced since before the pandemic when they were at 16 percent in the winter of 2019/20.

Almost half of the employers surveyed (pdf), approximately 48 percent, struggled with retention difficulties and also said they have raised the pay of the incumbent workforce in the last six months, while 40 percent plan to raise wages in the future.

More employers are also promoting flexible jobs too, with 46 percent of employers surveyed who struggled with retention difficulties stating that have advertised more jobs with flexible working arrangements.

“What is encouraging is that more employers are looking beyond pay increases to help attract and retain staff by providing more flexible working opportunities and investing in more training and development, as well as taking steps to support employee health and wellbeing,” Boys said.

“Together these practices can broaden the range of candidates employers can attract and may also reduce the need to recruit more staff, which should reduce wage inflation pressure to a degree,” Boys added.

The labor market economist said there is a “growing need to reform the Apprenticeship Levy into a more flexible training levy to help reverse the falling number of apprenticeships going to young people and enable employers to use the levy for other forms of more flexible and cost-effective training for existing employees.”

Meanwhile, in the United States, wages among hourly workers have also risen, increasing by 23 cents to $31.63 in January, an increase of 5.7 percent over the year, according to the Labor Department’s latest jobs report (pdf).

A number of companies have moved to increase wages for workers during the ongoing nationwide labor shortage, with Apple now offering a pay raise of up to 10 percent for some of its retail staff, Bloomberg reported Friday.