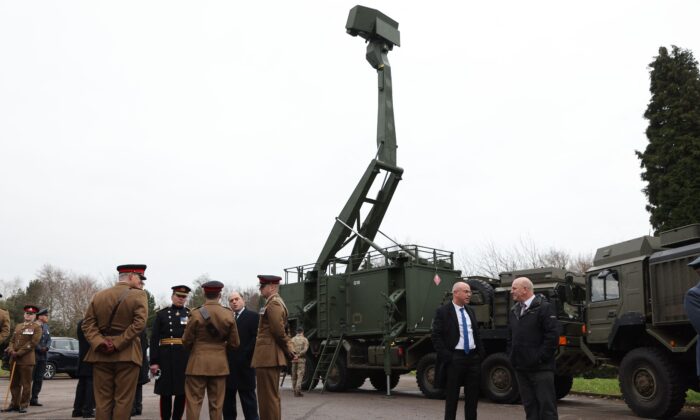 The UK is to deploy a medium-range missile system and 100 personnel to Poland to protect the country’s airspace from Russian aggression, Defence Secretary Ben Wallace said on Thursday.

Speaking on a visit to Warsaw, Wallace called Poland a “very old ally.”

Since the Russian invasion of Ukraine began on Feb. 24, Poland has taken in nearly 1.9 million refugees and has also been the primary route for supplies being shipped into Ukraine.

“It is very right that Britain stands by Poland as Poland carries much of the burden of the consequence of this war and stands tall and brave to stand up to the threats from Russia,” Wallace told a news conference.

The announcement of the deployment of the Sky Sabre missile defence system to Poland comes after last Sunday’s Russian missile attack on the Yavoriv military training site in western Ukraine, just 12 miles away from the Polish border.

UK Cabinet minister Michael Gove said at the time that the strikes on targets so close to Poland, a NATO member, marked a “significant escalation” in the conflict. Prime Minister Boris Johnson’s official spokesman said on Thursday that the missile deployment will be “supporting the Polish armed forces at the request of the Polish government.”

He said, “It is, as ever, a purely defensive capability which we are providing on a bilateral basis to Poland.”

He said it will be a “short-term deployment” and the missile system will “remain under UK control at all times.”

Speaking in Kyiv, Morawiecki once again called on the European Union to fast-track Ukraine’s admission into the bloc and pledged more military aid.

He shared a video of the deliberations in Kyiv in a Twitter post on Wednesday, in which he called for Western Europe to “wake up” and back Ukraine more forcefully.

“The nation of Ukraine has reminded all of Europe what the fight for freedom looks like, what courage is, and what greatness is all about,” he said. “It’s high time for Old Europe, a sleepy and slothful Europe, to wake up and spring into action. For it to break through its wall of apathy and give Ukraine hope.”