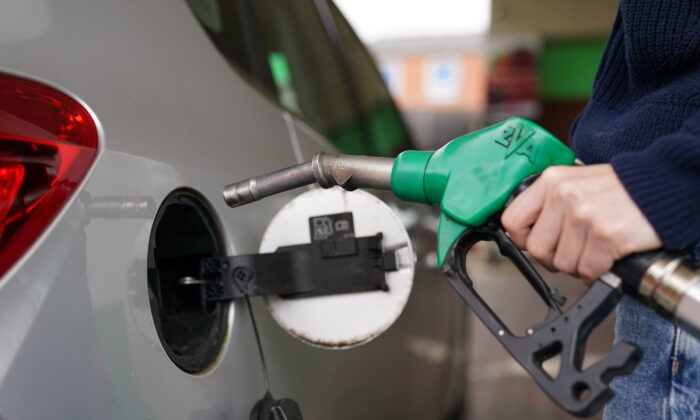 The UK’s competition watchdog launched a market study into road fuel on Friday to understand how to bring down retail prices of petrol and diesel.

It comes as petrol prices in June saw the biggest monthly hike in 22 years.

The Competition and Markets Authority (CMA) said the study will give it more detailed insight into the works of every level of the fuel supply chain, including refining, wholesaling, and retailing.

The study was launched as the CMA published a report (pdf) on a month-long review of fuel prices requested by Business Secretary Kwasi Kwarteng.

The review found that the 5 pence per liter fuel duty cut in March appears to have been passed on to customers, but the main drivers of soaring prices are the increase in crude oil prices and the “refining spread”—the gap between the price of crude oil entering refineries and the wholesale price of petrol and diesel leaving them.

There are some differences in retail prices in different areas, but it has not been a significant contributor to the overall price hike.

According to the review, the dollar-term increase in crude oil prices contributed to around a third of the increase in road fuel prices (20 pence per litre in the past year, with the fall in the value of sterling in that period adding a further 12 percent (7 pence per litre).

The growing refining spread accounted for just over 40 percent of the growth in road fuel prices (24 pence per litre), in the past year, the review found.

It appears to have been caused by both soaring demand following the COVID-19 pandemic and the mothballing of refining capacity during the pandemic.

The Treasury on March 23 reduced fuel duty by 5 pence per liter. According to the CMA, the duty is charged at the point at which fuel leaves refineries or coastal terminals.

This means when the duty cut took effect, retailers still have an amount of stock that was paid for at a higher duty rate.

But supermarkets reduced their prices by just over 5 pence per litre immediately after the duty cut. The CMA said they likely incurred a cost.

But the effect of the duty cut was swallowed up in May, mainly driven by crude oil prices and refining spread.

The CMA said it did find that motorists are facing higher prices in some parts of the UK than in others, such as in urban or rural areas.

Areas with less competition tend to see higher fuel prices, but the difference may also reflect the higher cost of supplying retail fuel to certain areas.