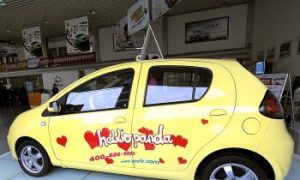 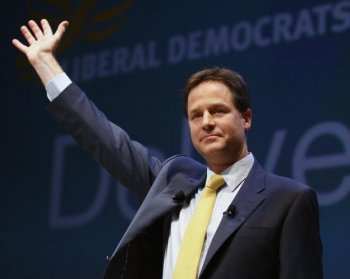 Damian Robin
View profile
Follow
biggersmaller
Print
The solidity of the U.K. ruling coalition faced the gauntlet of the Liberal Democrat conference this week, as the deputy prime minister justified the power-sharing decision to a party known for its individualism, outspoken criticism, and boisterous conferences.

Nick Clegg urged his Liberal Democrat Party to stick with him through the discomfort of coalition power and five years of hard deficit adjustment with the country braced for cuts of up to 40 percent in certain departments.

Earlier in the conference the Party had embarrassed its leaders by voting against a flagship education policy agreed upon as part of the power-sharing deal hammered out with the Conservative Party.

All eyes were on Clegg as he took to the stand on Monday, Sept. 19.

In his first speech to his Party since being in government, Mr. Clegg defended the decision to share power with the Conservatives and urged Party members to think to the future.

"The immediate future will not be easy, but the long-term prize is great. I want you to imagine what you will say to people when you knock on their doors at the next general election,” he said. “Never again will anyone be able to frighten the voters by claiming that coalition government doesn’t work.

“The truth is I never expected the Conservatives to embrace negotiation and compromise, but they did and it does them credit. David Cameron showed he could think beyond his party and help build a new kind of politics,” he added.

An article in the U.K. Independent newspaper reported that the speech had been cleared by Prime Minister David Cameron.

Mr. Clegg sought to portray the Lib Dems as an independent political force despite the inevitable compromises of being in a coalition.

“The Liberal Democrats and the Conservatives are and always will be separate parties, with distinct histories and different futures. But for this Parliament we work together—to fix the problems we face and put the country on a better path. This is the right government for right now,” he said.

In support of the principle of coalition government, he said, “Two parties acting together can be braver, fairer, and bolder than one party acting alone. The Coalition Program … is not the Liberal Democrat manifesto. But it is not the Conservative manifesto either. It is our shared agenda.”

The last time the Lib Dems were in government (albeit with power-sharing) was over 70 years ago.

Noting that “people have got used to us being outsiders, against every government that’s come along; maybe we got used to it ourselves.” Mr. Clegg urged party members to adjust their mentality to that of a governing party.

Holding back from laying into the Conservative Party as would have been the norm in the past, the deputy prime minister turned instead on the heritage the Labour government had left behind.

“Balancing the budget … is the only choice if we want to steer Britain out of the economic mess Labor made,” Mr. Clegg said.