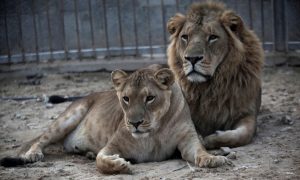 The UK government has banned all non-British visitors from Denmark after 12 people in the Nordic country were infected with a mink-related mutant strain of the CCP virus.

On Saturday, the government announced that non-British visitors arriving into the UK from Denmark would not be permitted entry. On Sunday, the ban was extended to all non-UK resident freight drivers who have travelled from or through Denmark in the last 14 days.

Passenger planes and ships travelling directly from Denmark, and accompanied freight, will no longer be able to land or dock at English ports.

British travellers who arrive in England after 4 a.m. on Saturday after travelling from or through Denmark in the last 14 days, including HGV drivers, must now self-isolate along with their household.

“Given the significant unknowns regarding the new mutation of COVID-19 originating in Denmark we have moved quickly to protect our citizens and prevent the spread of the virus to the UK,” the Department for Transport said in a statement. “The UK government is working closely with international partners to understand the changes in the virus that have been reported in Denmark and we are conducting a programme of further research here in the UK to inform our risk assessments.”

The travel ban came shortly after Britain removed Denmark from its travel corridors list on Friday.

Danish Health Minister Magnus Heunicke said Thursday that the mutated virus had been found in 12 people—11 in northern Denmark and one in western Denmark.

In a report published on Wednesday, Denmark’s State Serum Institute (SSI) said laboratory tests showed the new strain had mutations on its so-called spike protein, a part of the CCP (Chinese Communist Party) virus that invades and infects healthy cells.

That poses a risk to future COVID-19 vaccines, which are based on disabling the spike protein, the SSI said.

On Friday, seven municipalities in northern Denmark, home to most of the country’s mink farms, went into lockdown to stem the spread of the new variant of the CCP virus, which causes the COVID-19 disease.

The Danish government said on Wednesday that it would cull all minks—up to 17 million—to prevent human contagion with the mutated virus.

Denmark, the world’s largest mink fur exporter, produces an estimated 17 million furs per year. Most of its exports go to China and Hong Kong.

Danish fur farmers have said the cull may spell the end of the industry in the country.