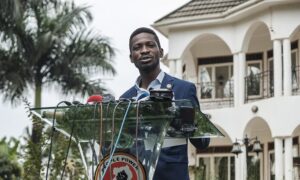 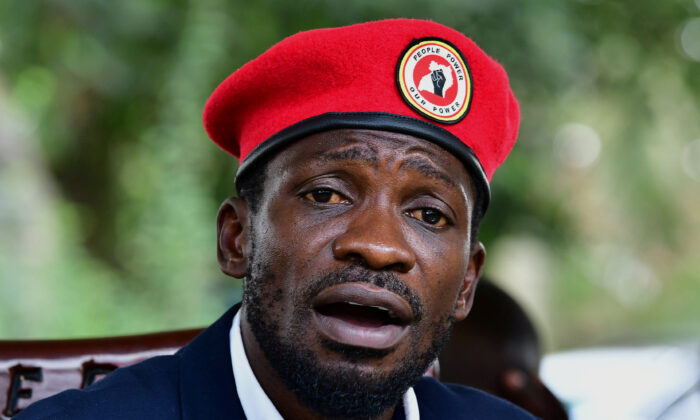 Ugandan Opposition Say 3,000 of Their Supporters Seized Since November

KAMPALA—Ugandan opposition leader Bobi Wine and his party said on Tuesday that around 3,000 of his supporters had been detained or abducted by state agents since November, when protests flared over his arrest during a presidential election campaign.

The police said they were investigating all reports of disappearances. They have previously said they arrested nearly 600 people in connection with the November unrest, and accused protesters of rioting and looting.

Wine, who is also a pop star, on Monday filed a court challenge to the results of the Jan. 14 presidential election, which handed victory to Museveni, in power since 1986.

Officials in Wine’s National Unity Platform (NUP) told a news conference that squads of state security personnel had appeared around Uganda in unmarked minivans and taken supporters to unknown locations.

After the news conference, NUP Secretary General David Lewis Rubongoya told Reuters that people had begun to disappear on Nov. 18, the start of two days of protests.

“The state started conducting operations across the country, picking people and taking them away,” he said.

Fifty-four people were killed as the army and police used bullets and teargas to quell the riots, which began after Wine was arrested for alleged violation of social distancing rules.

Rubongoya said the NUP’s estimate was based on reports from relatives or friends of people who had gone missing since Nov. 18. Most of the disappearances were in central Uganda, where Wine has strong support, but people also vanished in the east and north, he said.

Oryem Nyeko, Africa researcher at Human Rights Watch, said he was aware of many such reports, and that they raised “very serious concerns.”

Wine has said he defeated Museveni but that the election was rigged by ballot stuffing, pre-marking of ballots, intimidation of voters by security agencies, and other tactics.

Wine’s large following includes many young people attracted by his bold criticism of Museveni’s government, a longtime ally of the West.

Rubongoya told Reuters that security men typically came to a house with rifles, in unmarked minivans with tinted windows, and told people to get in. “If you try to resist, they force you in there, beat you up, and take you away.”

Mostly, relatives and the NUP do not know where those people have been taken, Rubongoya said.

Police spokesman Fred Enanga said Deputy Police Chief Paul Lokech had ordered the criminal investigations directorate to probe all alleged disappearances, and that anyone suspected to have caused them would be investigated.

Police said last month that at least 110 polling agents from Wine’s party had been arrested since Jan. 13. During the election itself, 223 people were arrested for offenses including assault, intimidation, and voter bribery.

Wine said the disappearances recalled the many abductions perpetrated in the brutal reign of Idi Amin in the 1970s.