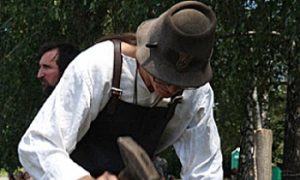 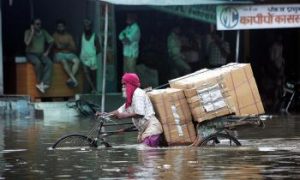 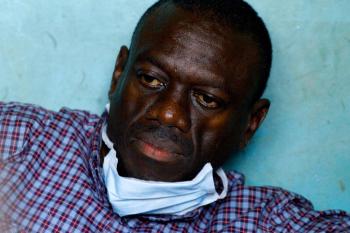 Ugandan opposition leader Kizza Besigye at the Kasangati police station after being arrested close to his house on April 11. (Marc Hofer/Getty Images)
Africa

By Alex Johnston
Print
Amnesty International and the U.S. State Department noted their concern on Monday over the arrest of prominent opposition figures in Uganda after they were temporarily detained for protests in Kampala.

A number of activists, politicians, and others took part in a “walk-to-work protest” over the rising cost of living in the African country, the State Department stated.

Among those detained were former opposition presidential candidates Kizza Besigye and Norbert Mao, two major opposition figures in the country. Four recently-elected parliament members, who belong to the opposition party, were also arrested.

Ugandan authorities placed a ban on all public demonstrations in February, after the general elections were held.

“The Ugandan government must not use criminal charges against people engaged in peaceful protests, and all those still in custody must be released,” Amnesty Uganda researcher Godfrey Odongo said in a statement.

The activists and politicians were later released on bail but still face criminal charges such as “inciting violence” and “holding unlawful assemblies,” Amnesty said.