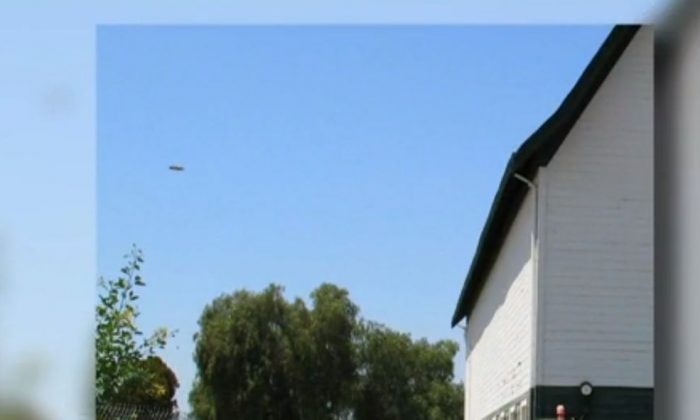 A screenshot of ABC News shots photo of the UFO in Santee. Calif.
US

A purported UFO was photographed over a historic barn near San Diego, Calif., according to reports.

“There is no way this was a commercial aircraft I would have heard it, especially as low as it seemed to be. As you know, we already have paranormal activities occurring at the barn on a regular basis, now this,” Henry wrote to Patch.

She described it as “clear and certainly not a bug,” reported ABC News.

“I was like what was it doing there,” added Henry, according to ABC. “Why was it there? What was it doing? And I said, the next time I come here, the barn will be beamed up.”