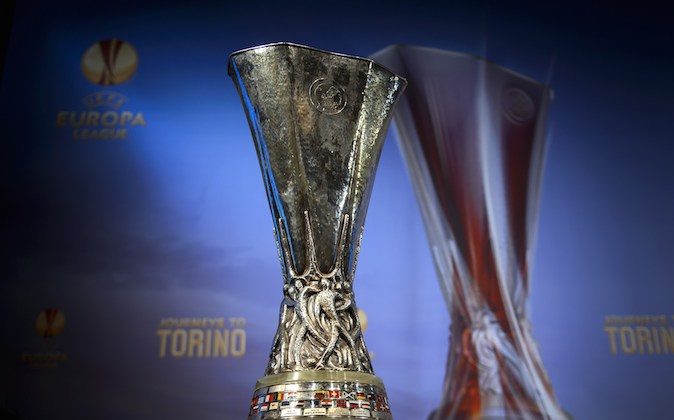 The Europa League trophy is seen after the draw for the quarter-finals of the UEFA Europa League at the UEFA headquarters in Nyon on March 21, 2014. (FABRICE COFFRINI/AFP/Getty Images)
Soccer

The draw for the UEFA Europa League quarter finals has been made, and the fixtures are up.

The game will be broadcast on Fox and ESPN in the United States.

Here are the fixtures.