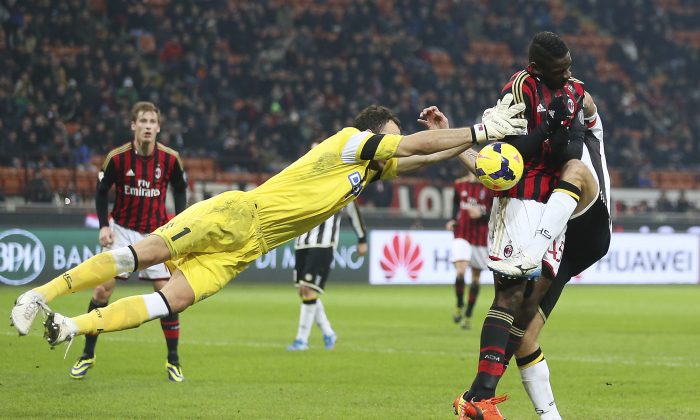 The match will be broadcast live at Premium Calcio, Sky Calcio 1, and Sky Supercalcio HD in Italy.

The match will also air on beIN Sports USA, beIN Sports en Español, and RAI Internazionale in the United States.

Udinese defender Danilo is out on a one-match ban after being shown his fourth yellow card of the season in the 3-0 defeat at Cagliari last Sunday.

Milan’s Cristian Zapata will return from a hamstring injury that has sidelined him since January, and will likely face a stiff test against his former club in the form of veteran forward Antonio Di Natale.

“I feel good and I’m happy to be back fit after the injury,” said Zapata on Milan’s official website. “Udinese aren’t in good form but it’ll be a tough match. They’ll be waiting for us with real determination to win.”

The Columbian international added: “We know that we’ll have to give everything to get the three points and that’s what we’ll do when we get to Udine. The Friuli stadium is not an easy one to play in.”

“I enjoyed my time with the club and I’d like to thank Udinese for those years. These are matches that Di Natale shines in, he’s their reference player and we’ll have to be very wary of him.”

While Milan are the better team on paper, Udinese boss Francesco Guidolin will certainly look to their recent 2-1 victory against Milan in the Coppa Italia quarterfinal for inspiration, and conjure up another upset.