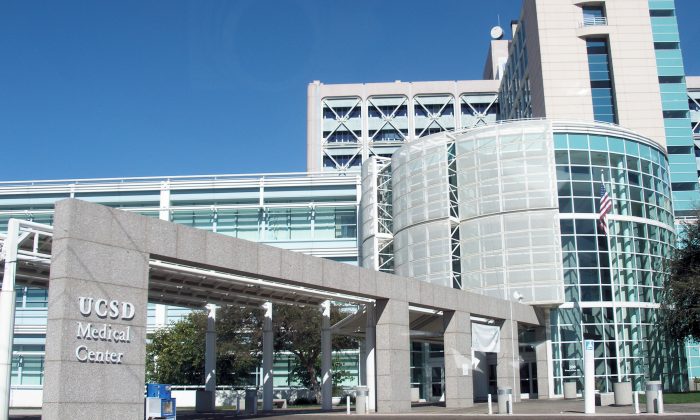 Kang Zhang, an ophthalmologist, resigned from the University of California–San Diego on July 4 after receiving questions about his ties to Chinese companies and a state-sponsored recruitment program. (Coolcaeser/CC-BY-SA-3.0/Wikimedia Commons)
US-China Relations

UCSD Doctor Resigns Amid Scrutiny of Links to China

A prominent eye doctor has resigned from the University of California–San Diego (UCSD), amid scrutiny of his ties to a Chinese recruitment program that has drawn concern in Washington about its role in enabling technology transfer to China from the United States.

Kang Zhang, 56, the former chief of eye genetics at the UCSD Shiley Eye Institute, is a member of the Thousand Talents Program, the San Diego-based nonprofit news organization inewsource reported on July 6.

Zhang, who has a laboratory named after him at the university, resigned from UCSD on July 4 after inewsource inquired into his involvement in the program, as well as his connections to several Chinese businesses. According to the outlet, Zhang had failed to disclose his interests in several Chinese biomedical companies.

The official website of the Thousand Talents Program states that its desired candidates are scholars and researchers under 55 years of age at distinguished Western universities. Since 2008, the program has recruited more than 6,000 people.

The program has been the subject of increased scrutiny by the FBI and other federal agencies over concerns that it facilitates the theft of U.S. intellectual property and other technology-related secrets.

The National Institute of Health (NIH), the largest funder of biomedical research in the United States, sounded the alarm in 2018, warning that the program could be used to transfer key research, produced using federal research grants, to China.

Prior to his resignation, Zhang had been “on leave” since April, after inewsource reported that a 2017 Food and Drug Administration (FDA) investigation and a subsequent UCSD audit found he had violated a range of human research rules, putting patients at risk.

The investigations found that the doctor enrolled people he shouldn’t have for clinical trials, conducted HIV tests on people without their permission, didn’t keep proper records of his patients, and didn’t complete required ethics training for a study involving stem cells.

In one case that was noted in a 2016 FDA inspection report, a patient complained that Zhang poked a hole in her eye during an injection, which had to be fixed with surgery, allegedly because he was in a rush to catch a flight to China.

The Chinese American doctor has published more than 100 research papers and received numerous grants for his work, according to the UCSD website. The funding Zhang received from the NIH amounted to more than $15 million, two-thirds of which was granted during his 11-year tenure at UCSD.

Zhang also oversaw several other pharmaceutical businesses in China, but didn’t disclose those interests to the university, as mandated by federal regulations and university policy, inewsource reported.

He founded and was majority shareholder of Guangdong-based, publicly traded Guangzhou Kangrui Biological Pharmaceutical Technology, a company that has the same research focus as Zhang’s field at UCSD.

Zhang also founded another biomedical firm called Huibairui, a subsidiary of Kangrui, and was the director at the Guangzhou Youze Biological Pharmaceutical Technology Co., according to his biography on the Chinese-language finance website ChinaIPO.

An archive of Kangrui’s website shows that Zhang played a key role in the company, and noted that Zhang has introduced advanced technologies to improve cataract surgery procedures in China, for which the Minister of Health commended him as “the elite of our nation.”

Zhang’s attorney, Leo Cunningham, told inewsource in an email on July 3 that Zhang’s involvement in Kangrui was disclosed via Chinese business filings for the publicly traded company.

Cunningham added that Zhang’s “part-time affiliation with the Thousand Talents Program was widely publicized” and “required no formal disclosure to anyone.”

The lawyer told the publication in an email on July 5 that Zhang’s resignation arose from reasons “between the doctor and the University.”

Experts in the field have expressed concern over Zhang’s alleged failure to disclose his business interests in China.

“Not telling it is lying, pure and simple, and is unconscionable,” Ross McKinney, chief scientific officer at the Association of American Medical Colleges, told inewsource. “You have the exact paradigmatic case of what can and has gone wrong.”

Earlier in May, Turab Lookman, a former scientist for a U.S. national laboratory, was charged with making false statements on an employment questionnaire and denying his involvement in the Thousand Talents Program.

Since 2018, NIH has been investigating NIH-funded foreign scientists at more than 60 U.S. institutions, leading to the firing of two Chinese Americans at Emory University and three Asian researchers at the MD Anderson Cancer Center at the University of Texas.