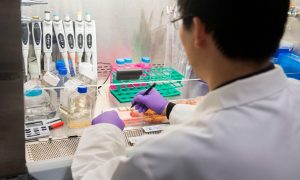 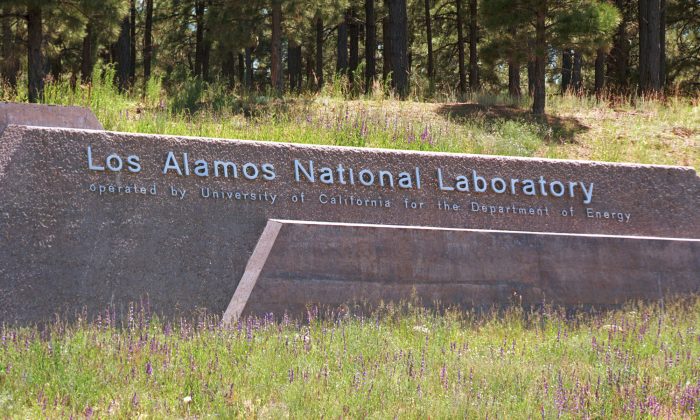 A former scientist for a U.S. national laboratory has been charged with lying about his contacts with a recruitment program designed to attract foreign experts to work in China.

The recruitment program has come under increased scrutiny in Washington over its role in enabling technology transfer to China from the United States.

Turab Lookman, 67, of Santa Fe, New Mexico, pleaded not guilty to the charges on May 28.

Lookman, who worked for the Los Alamos National Laboratory (LANL), was asked in an employment questionnaire and by federal officials whether he had been recruited by the Chinese regime’s Thousand Talents Program, or if he had applied for it, federal prosecutors said in a statement, The Associated Press reported.

In an indictment filed last week, prosecutors alleged that between November 2017 and September 2018, Lookman denied his involvement with the program when he, in fact, applied for it, charging him with three counts of making false statements.

Lookman was invited to participate in the Thousand Talents Program, then applied for and was accepted into the program, the indictment said. He also received compensation after being accepted.

The program was “established by the Chinese government to recruit people with access to and knowledge of foreign technology and intellectual property,” prosecutors say.

The scientist, who is currently released on bail while awaiting trial, faces up to five years in prison if convicted, prosecutors said.

Lookman joined LANL in 1999 and worked there until recently, the Albuquerque Journal reported. It’s unclear whether he resigned or was fired. In 2017, he was named Laboratory Fellow, one of the lab’s highest honors for its staff, according to a LANL press release at the time.

Lookman, who also is a fellow of the American Physical Society, worked in LANL’s Theoretical Division as an expert in the computational physics of materials, complex fluids, and nonlinear dynamics. His work in the field, which includes two books and more than 250 publications, also received “enormous worldwide attention,” according to the press release.

LANL, located in northern New Mexico, is a national laboratory run by the U.S. Department of Energy, and is best known as the birthplace of the atomic bomb, which was developed at the site decades ago as part of the Manhattan Project.

The laboratory now is tasked with engaging in science projects relating to national security, including ensuring the safety of the U.S. nuclear stockpile, developing technology to counter threats from weapons of mass destruction, and solving problems relating to energy, infrastructure, health, and global security.

This isn’t the first time a scientist has been prosecuted for his involvement with the Thousand Talents Program.

In 2018, a former research oceanographer at the National Oceanic and Atmospheric Administration, a bureau of the U.S. Department of Commerce, was sentenced to time served for accepting a salary from China. He had been working for both the U.S. agency and two Chinese programs, one of which was Thousand Talents.

The program, which has recruited at least 6,000 experts since 2008, has drawn increased scrutiny by U.S. officials because of its role in the theft of U.S. intellectual property and other technology-related secrets.

In April 2018, the U.S. National Intelligence Council produced an analysis that described Thousand Talents as “China’s flagship talent program and probably the largest in terms of funding.” The council raised concerns over the program’s goal “to facilitate the legal and illicit transfer of U.S. technology, intellectual property, and know-how” to China.

The National Institute of Health (NIH), the largest funder of biomedical research in the United States, also sounded the alarm last year, warning that the program could be used to transfer key research, produced using federal research grants, to China.

The NIH has since started investigating NIH-funded foreign scientists at more than 55 U.S. institutions. Thus far, the investigations have led to the firing of three Asian researchers at a top cancer research center in Texas, and two Chinese Americans at Atlanta’s Emory University.