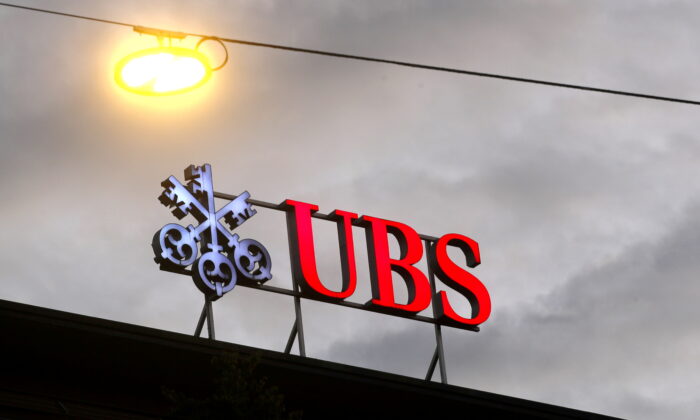 The logo of Swiss bank UBS is seen at a branch office in Zurich, Switzerland, on June 22, 2020. (Arnd Wiegmann/Reuters)
Companies

ZURICH—UBS’s wealthy clients have raised $650 million for the biggest biotechnology impact fund ever, the Swiss bank said on Wednesday.

Impact investing—a term coined in 2007—grew out of the desire to extend philanthropic goals into mainstream financial holdings.

The Oncology Impact Fund 2, run by biotechnology investment firm MPM Capital, has raised a total of $850 million, including the $650 million obtained from UBS clients. It will invest 80 percent of its capital into privately held start-ups, and the remainder into public companies, developing innovative treatments for cancer and other serious illnesses.

Twenty percent of the performance fee the managers earn off their investments, as well as a portion of drug royalties, will be donated to improve access to cancer treatment for children in the developing world and to fund cancer research, portfolio manager Christiana Bardon said.

Together with its predecessor fund, for which MPM and UBS’s wealth management raised over $470 million in 2016, it marks the Swiss bank’s largest single theme-focused impact investment fundraising to date.

“With this fund, I feel like we tried to reimagine the impact space. The vision here is still extremely bold, which is to say: What if every drug that was developed and sold had that 1 percent go back to make the world a better place?” Mark Haefele, chief investment officer for UBS Wealth Management, said.

“When we started on this journey, impact investing was about impact bonds and at the time they were being done in $5 million increments. To launch something that is 100 times the size of that was very ambitious, and shows how this theme clearly resonates with our clients,” he added.

UBS, the world’s largest wealth manager, had raised $6.9 billion for SDG-related impact investments as of end-2020. It aims to add $70 billion of invested assets classified as impact investing or as sustainably focused investments more broadly through 2025.

While impact investing has often been associated with concessionary returns, the managers said investors—which include large companies, insurers, and other very wealthy individuals alongside UBS clients—would not need to forgo returns, based on the performance of the previous fund.

“Our impact fund is as profitable as our other funds, and they are generally top quartile performers within U.S. venture capital,” MPM Managing Director Ansbert Gadicke said.