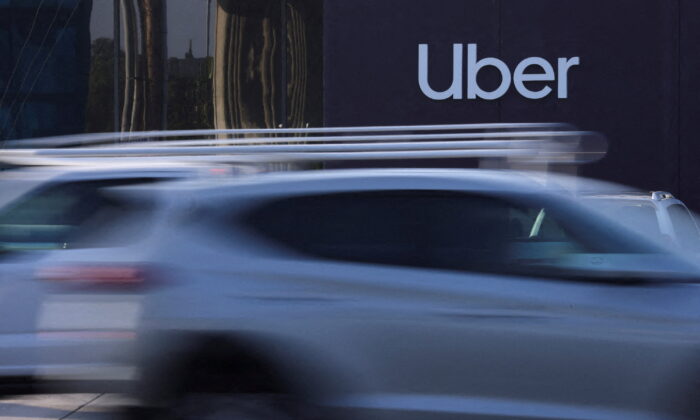 Uber Technologies Inc. is being sued in the United States by hundreds of women who claim they were sexually assaulted, kidnapped, stalked, and harassed by drivers on the ride-hailing platform.

The complaint was filed in San Francisco County Superior Court on July 13, lawyers for the plaintiffs said in a press statement.

Approximately 550 women across multiple states are suing, including women who claim they were kidnapped, sexually assaulted, sexually battered, raped, falsely imprisoned, stalked, harassed, or otherwise attacked by Uber drivers they booked through the Uber app.

The attorneys said that at least 150 more cases are being actively investigated.

Plaintiffs are being represented by the law firm Slater Slater Schulman LLP.

“Uber’s whole business model is predicated on giving people a safe ride home, but rider safety was never their concern—growth was, at the expense of their passengers’ safety,” said Adam Slater, founding partner of Slater Slater Schulman LLP, in a news release.

“While the company has acknowledged this crisis of sexual assault in recent years, its actual response has been slow and inadequate, with horrific consequences,” Slater said.

The lawsuit alleges that as early as 2014, San Francisco-based Uber “became aware that its drivers were sexually assaulting and raping female passengers,” but that its drivers have “continued to attack passengers, including the plaintiffs whose claims were alleged” in the lawsuit.

The lawsuit cites multiple incidents of alleged sexual assault by Uber drivers in recent years, including one in Chino Hills, California, in February 2022, and another in Perris, California, in November 2021, when an Uber driver allegedly fondled and raped a passenger.

A string of other incidents dating back to October 2021 was also cited, taking place across the state of California and the cities of Pittsburgh and Boston.

‘Prioritization of Growth Over Customer Safety’

Lawyers for the plaintiffs stated that Uber’s “prioritization of growth over customer safety” was well-documented and outlined in their complaint, adding that “Uber was fixated on getting new drivers onboarded as quickly as possible to fuel growth, so it eschewed traditional background check standards.”

“Additionally, Uber has a longstanding policy that it will not report any criminal activity—even assaults and rape—to law-enforcement authorities,” Slater stated.

Multiple reports regarding Uber’s sexual assault and harassment problems have come to light over the years, prompting the transportation firm to acknowledge in 2018 that Uber was “not immune to this deeply rooted problem” of sexual assault, while vowing to make important changes, including removing mandatory arbitration for individual claims of sexual assault or sexual harassment by Uber riders, drivers, or employees, among others.

However, lawyers for the plaintiffs state that despite being aware of the issue of sexual assault by Uber drivers, the company “has refused to install video cameras in cars, even though doing so could prevent passengers and drivers from being assaulted, and it has maintained a ‘three strikes’ policy for its drivers that kept predators at the wheel even after serious passenger complaints.”

Slater said that Uber could be doing much more to protect its riders, such as adding cameras to vehicles used by its drivers, and performing more robust background checks, as well as implementing a “warning system” that would alert passengers when a driver does not stay on the correct path to a destination.

“Acknowledging the problem through safety reports is not enough,” Slater said. “It is well past time for Uber to take concrete actions to protect its customers.”

The lawsuit comes after Uber released its second U.S. Safety Report (pdf) in June, in which the company said it had received a total of 3,824 reports of sexual assault in 2019 and 2020. These ranged from “non-consensual kissing of a non-sexual body part” to “non-consensual sexual penetration,” or rape.

Uber’s first safety report, which covered the period from 2017 to 2018, found that the total number of sexual assault reports was 5,981.

However, the latest report states that “99.9 percent of trips on the Uber platform ended without a safety incident.”

“Sexual assault is a horrific crime and we take every single report seriously,” an Uber spokesperson said in a statement to The Epoch Times about the lawsuit.

“There is nothing more important than safety, which is why Uber has built new safety features, established survivor-centric policies, and been more transparent about serious incidents. While we can’t comment on pending litigation, we will continue to keep safety at the heart of our work,” the company added.

Uber states that while the law firm “claims to represent 550 women” it “has actually only filed 12 cases against Uber to date. They have not been able to provide any critical incident details for us to identify a connection to the Uber platform.”