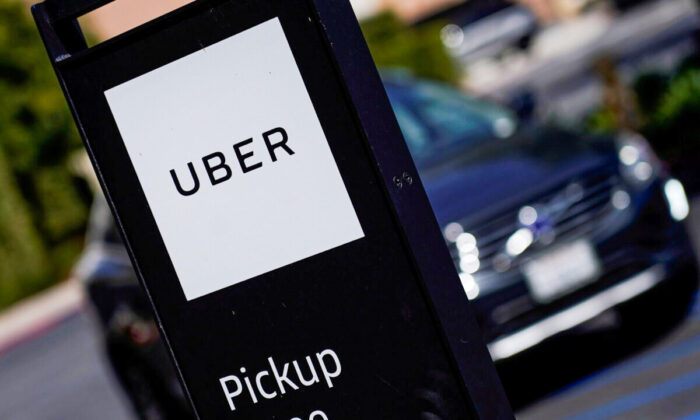 Uber reported losses of nearly $6 billion for the first three months of the year, driven by its investments in other companies, the ride-sharing company announced on Wednesday.

The California-headquartered company reported a first-quarter net loss of $5.9 billion, or $3.04 a share, compared with a loss of $108 million, or 6 cents a share, during the same period a year ago.

Uber said the majority of the losses were because of its investments in stakes in Southeast Asia’s Grab, China’s ride-hailing giant Didi, which has been linked to the Chinese Communist Party, and self-driving vehicle company Aurora.

Chai said that the company has enough cash to hold on to those stakes, despite them running at a loss, and wait for a better time to sell them.

“Our GAAP net income may continue to see swings from quarter to quarter due to the large size of equity stakes on our balance sheet. While we intend to monetize some of our stakes at an appropriate time, we have sufficient liquidity to give us the flexibility to maintain all of these positions, with the aim of maximizing value for Uber and our shareholders.”

For the second quarter of 2022, Uber anticipates gross bookings of between $28.5 billion and $29.5 billion. It also expects earnings before interest, taxes, depreciation, and amortization, of between $240 million and $270 million.

“Our results demonstrate just how much progress we’ve made navigating out of the pandemic and how the power of our platform is differentiating our business performance,” CEO Dara Khosrowshahi said.

The latest results from Uber come as the company said it would not need to spend more in an effort to get drivers back to the platform after its competitor, Lyft, warned that it would need to keep spending on driver incentives following a less than favorable quarterly earnings report.

Lyft released a quarterly report on Tuesday that signaled it would need to invest more heavily in labor costs as current earnings rates were not sufficient enough to incentivize drivers to work as contractors on behalf of the California-based company.

This caused the company’s stocks to plummet by 26 percent.

However, Uber noted that its driver base had recovered to a pre-pandemic level, suggesting that it would not need to make additional investments to get drivers using the app.