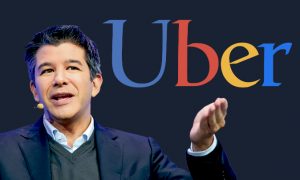 A mobile app in China mimicked the model for Uber, a tool that let’s users hire taxis, and turned it into a tool for hiring thugs and hitmen. The app, “Didi Da Ren” (“Didi Hit People”) was recently removed from Chinese app stores.

Reporters with Want China Times tested the app before it was removed. They posted a help wanted add, which cost them $0.32 to post, and soon received a response from a man who said he could put any person in the hospital for $32 to $80. He said the client could decide how badly he beat the victim.

The man, surnamed Lei, also allegedly said he had so many jobs through “Didi Da Ren” that he needed to book his hits two days in advance.

The app had been downloaded more than 40,000 times on China’s 360 app store, and 8,800 times on its Wandoujia app store, according to a blog post from computer security company Sophos.

The name of the app was a play on words. There’s a taxi-hailing app in China, “Didi Dache” (“Didi Hail a Cab”), that works like Uber. The thug-for-hire app just changed “Dache” to “Da Ren” to piggyback on its popularity.

The company that made Didi Da Ren, the Hunan Province-based Changsha Zhang Kong Information Technology Limited, allegedly got the idea from a recent comedy sketch from a Chinese online talk show. The sketch showed people getting bullied, then using a then-fictional mobile app called “Didi Da Ren” to hire strongmen to come to their rescue.

The head of the company, which calls itself “Joke” in English, told New York Times the whole thing was a joke. The man, Yuan, refused to give his full name.

What Uber Means by Cutting Out ‘The Other Dude in the Car’
China Uncensored: China Considering Orbital Laser to Fight Pollution

Going by the actual text, design, and function of the app, however, it does not appear it was a joke.

According to Want China Times, to users are required to describe the type of person they’re looking for and how much they’re willing to pay. The app claims to offer services of gym coaches, retired soldiers, gangsters, and outlaws. While it sounds like a joke, its payment functions work, and its other functions allowed users to follow through on the services.

It adds that users did not need to meet the hired thugs in person, since once the job was finished, it allowed users to pay through an online payment service called Alipay.