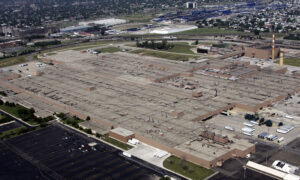 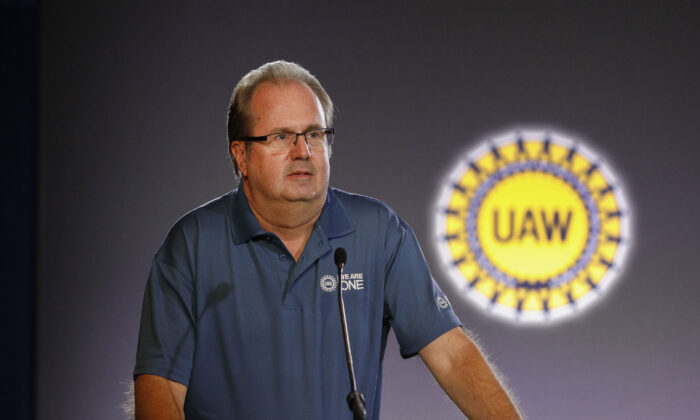 United Auto Workers President Gary Jones is going on leave amid a federal probe into corruption at the top of the union.

Jones “has asked for a leave of absence,” the union, known as UAW, said in a statement on Saturday.

“The UAW is fighting tooth and nail to ensure our members have a brighter future. I do not want anything to distract from the mission. I want to do what’s best for the members of this great union,” Jones said in a statement.

The move came after a vote by the union’s executive board and will be effective on Sunday.

“Together throughout the last few months, we’ve achieved substantial victories for UAW members and we know that we have more work to do. We want better health care coverage, better salaries, and respect for our work. That will not change,” Gamble said in a statement.

Jones stepping aside came as federal law enforcement probes corruption at the top of the union, and just days after the Department of Justice charged Edward Robinson, a former union official who was one of Jones’s top aides.

Robinson was charged with stealing more than $1.5 million from the union from 2010 to about September 2019, federal officials said in a criminal complaint. The funds were used by Robinson and other unnamed officials “to further fuel the lavish lifestyles to which these officials had become accustomed.”

The money was spent on “cigars, private villas, high-end liquor and meal expenses, golfing apparel, golf clubs, and green fees,” according to the complaint.

Vance Pearson, another former top aide for Jones, was also named in the complaint. Jones was referred to as “UAW Official A” in the complaint, The Detroit News reported.

“We take any allegation or claim about the misuse of union resources very seriously. The UAW is grounded in the principle of putting our members first, and that belief has never wavered,” the UAW said in a statement.

“The UAW remains focused on negotiating and finalizing strong contracts for our members, especially during this round of auto negotiations.”

Jones and Dennis Williams, a former UAW president, have been probed in the investigation but haven’t been charged with any crimes as of yet.

Twelve people have been charged in the probe so far and 10, including seven who worked for the union, have been sentenced to prison time.

The union completed a negotiation with General Motors that was approved by 57 percent of hourly workers, bringing an end to a 40-day strike. The UAW said it would negotiate with Ford next.