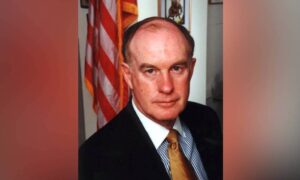 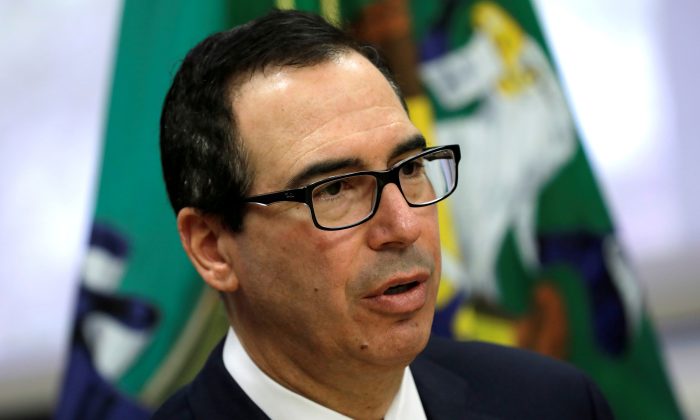 WASHINGTON—U.S. Treasury officials met with about 10 industry groups on April 30 to discuss the latest draft of legislation that would tighten scrutiny of foreign investment in order to limit Chinese efforts to acquire sophisticated U.S. technology, four sources familiar with the meeting said.

A senior Treasury official described the meeting as “uniformly positive.”

“We didn’t negotiate text at the meeting so much as to get everyone in the room to tell them where we are and the direction the bill would take,” the senior official, who wasn’t authorized to speak on the record, said. “We had made a number of changes to provide clarity in the bill for industry, but at the same time, hold the line on national security.”

The official said it remained to be seen how the House and Senate would ultimately craft the legislation, which would broaden the reach of the inter-agency Committee on Foreign Investment in the United States (CFIUS).

Corporate America has taken a keen interest in the bill because it would give CFIUS the power to further restrict Chinese investment in U.S. companies.

Tightening the CFIUS process is one of several efforts supported by the Trump administration, including tariffs on steel and aluminum, to establish a more protectionist stance in an effort to tamp down Chinese imports while raising the regulatory bar on what deals get approved.

Attendees included the most powerful U.S. business lobbying group, the Chamber of Commerce, a source familiar with the situation said.

Supporters of re-writing the CFIUS rules are now hoping to attach the legislation to the National Defense Appropriations Act (NDAA), legislation that is passed annually to fund U.S. defense needs, two of the sources said. The NDAA has been voted into law for 55 consecutive years, and will likely pass even with the midterm elections on the horizon.

The vehicle for passage will be determined by members of Congress, the Treasury official said.

A draft of the bill to be discussed in the meeting, seen by Reuters, would eliminate a measure which some tech companies complained would force them to go to CFIUS to get approval for technology sales if they involved intellectual property licensing and support.

Investment funds had complained that under an older version of the bill, they could be subject to CFIUS if they managed Chinese money and wanted to invest in certain companies with high-end technology.

The U.S. Treasury oversees CFIUS, whose remit is all foreign investments into the United States, including equity investments.

Under pressure from tech companies and others, the bill has already undergone a number of changes to soften its approach.

Negotiators in the administration, on Capitol Hill, and working for the investment and high tech community are on their fourth version of a bill on CFIUS. The bill previously underwent at least one proposed revision that would seek to narrow its scope.

By Ginger Gibson and Diane Bartz