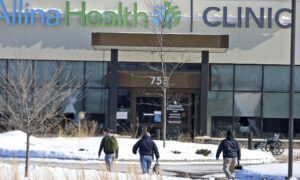 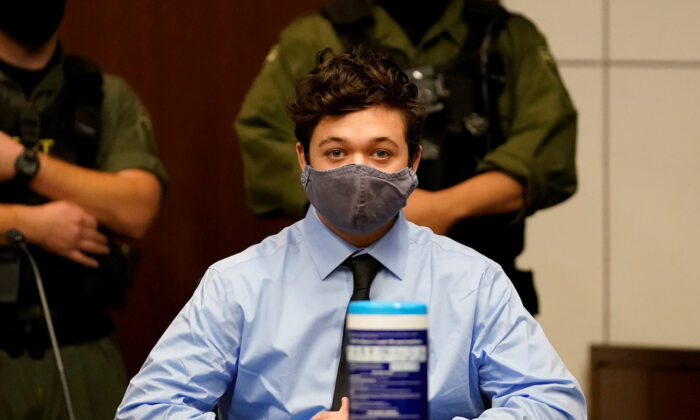 Kyle Rittenhouse, the teenager charged with killing two people and injuring another during demonstrations on the streets of Kenosha, Wisconsin, listens to defense attorney John Pierce during an extradition hearing in Lake County in Waukegan, Ill., on Oct. 30, 2020. (Nam Y. Huh/Pool via Reuters/File Photo)
US News

A teenager charged with fatally shooting two people during protests in Wisconsin last August will go before a judge on Thursday after prosecutors said he should be re-arrested for allegedly violating conditions of his $2 million bond.

Prosecutors accuse Kyle Rittenhouse, 18, of violating his bond terms by not informing the court of his address. They are asking a Kenosha County, Wisconsin, judge to increase his bond by $200,000 and issue a warrant for his arrest.

Rittenhouse’s lawyers have said threats to his safety prompted him to conceal his whereabouts. They said they would be willing to disclose his address under seal—an offer declined by prosecutors.

Rittenhouse was due to appear before Kenosha County Circuit Judge Bruce Schroeder at 1:15 p.m. CST for a bond hearing, according to court records.

Rittenhouse had traveled on Aug. 25, 2020, from his home in nearby Antioch, Illinois, in a self-appointed role to protect the streets of Kenosha where the police shooting of Jacob Blake had sparked large protests against police brutality and racism.

He has been charged in Kenosha County with first-degree homicide and five other criminal counts related to the shootings, in which two people were killed and a third was wounded.

Rittenhouse’s legal team has said their client feared for his life when he fired his semi-automatic rifle, and have indicated they plan to argue self-defense.

Rittenhouse was extradited in late October to Kenosha to face the charges.

By Nathan Layne in Wilton