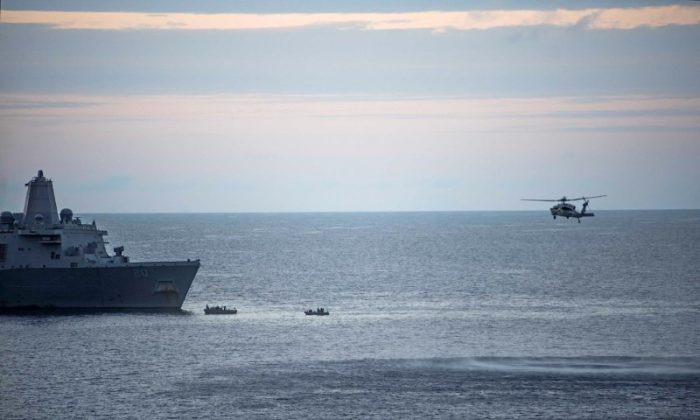 The U.S. Navy and Marine Corps suspend their search and rescue efforts for three Marines missing after their aircraft crashed into the sea off Australia’s coast. Ryan Brooks reports.

U.S. military calling off search and rescue for three missing marines on Sunday (August 6) after their plane crashed into the sea off the Australian coast.

Twenty-three others aboard the Osprey have been rescued.

EMS officials say one person’s been taken to hospital.

The Marine Corps say they’ve shifted to recovery efforts and the incident is under investigation.

The aircraft was on regular operations when it hit the water and officials called weather conditions at the time quote “benign.”

Osprey have been a part of mishaps resulting in death or injuries in recent years.

In December, the U.S. military grounded its Osprey fleet in Japan after one of them ditched into the sea, injuring five crew.