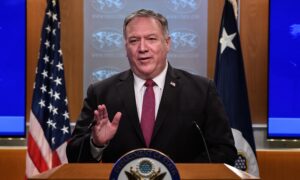 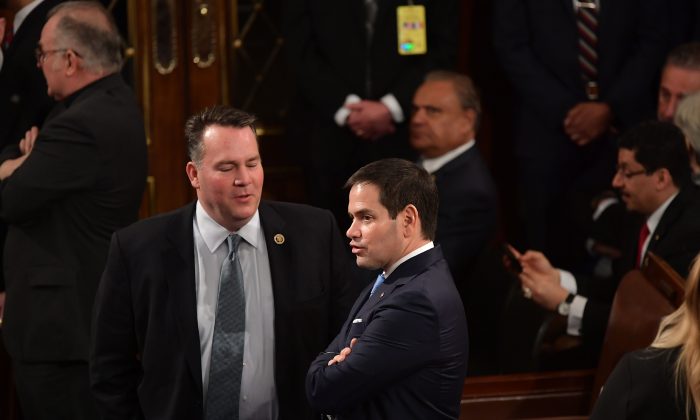 Senator Marco Rubio (C) R-FL inside the House chamber at the US Capitol in Washington, DC on April 25, 2018. (Mandel Ngan/AFP/Getty Images)
China-US News

WASHINGTON—U.S. Senator Marco Rubio announced legislation on May 10 that would bar the sale of “sensitive” technology to China and hike some duties and taxes, in the latest move by U.S. lawmakers to clamp down on what they regard as Beijing’s efforts to steal U.S. intellectual property.

Rubio, a Republican member of the Foreign Relations Committee, unveiled the “Fair Trade with China Enforcement Act,” which among other things would bar the sale of national-security-sensitive technology and intellectual property, and increase taxes on multinational corporations’ income from China.

It would also cap Chinese investor shareholding in U.S. companies that produce goods targeted by China’s “Made in China 2025” industrial policy—devised in 2015 as a plan for the Chinese regime to catch up with rivals like the United States and Germany in industries such as robotics, aerospace, and clean-energy cars.

“How America responds to the growing threats posed by China is the single most important geopolitical issue of our time, and will define the 21st century,” Rubio said in a statement introducing the bill.

The legislation would bar the U.S. government or contractors from purchasing telecommunications equipment or services from Huawei and ZTE, China’s top two telecoms firms, and also among the world’s largest.

Members of the U.S. Congress and President Donald Trump’s administration have pressured U.S. companies to not sell Huawei or ZTE products, saying they could be used to spy on Americans.