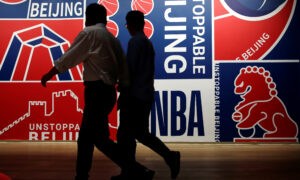 On October 14, 2020, the Secretary of State submitted to Congress a report pursuant to section 5(a) of the Hong Kong Autonomy Act, including “ten PRC and Hong Kong officials whose actions have undermined freedoms of assembly, speech, press, or the rule of law, or whose actions have reduced the high degree of autonomy of Hong Kong.” It also warns foreign financial institutions not to do business with them, otherwise they will be subject to sanctions as well.

Pompeo said at a press conference on the same day that the United States will work hard to build an alliance. President Trump has instructed him to work hard to safeguard freedom for every Chinese citizen as much as possible.

Pompeo said: “This is what communist parties have a history of doing, it’s what President Trump has directed us all to work to try and preserve: as much freedom, as much dignity for every citizen of China as we possibly can when they’re confronted with these massive human rights violations that are being conducted by the Chinese Communist Party.”

According to a series of government documents recently obtained by The Epoch Times from a trusted source, Chinese authorities have been targeting the “Big Vs”: social media influencers with more than 500,000 followers on Sina Weibo in the regime’s clampdown on internet speech. Sina Weibo is a Chinese microblogging platform that’s similar to Twitter.

At the same time, authorities have been creating its own group of online influencers to spread its propaganda, manipulate public opinion, and crack down on “internet rumors.”

Chinese Who Quit the CCP Speak Out

The latest immigration policy guidelines from the United States Citizenship and Immigration Services (USCIS) explicitly prohibit communist party members from immigrating to the U.S. The number of people who went to the Global Service Center for Quitting Chinese Communist Party website for a Certificate surged dozens of times in just a few days. In today’s program, let’s hear from the Chinese who have quit the CCP.