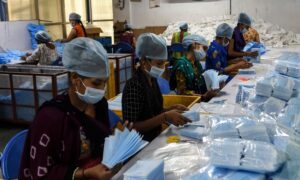 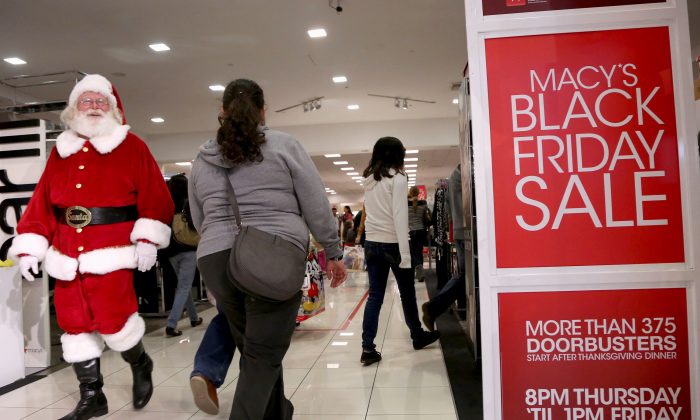 A Santa Claus walks with Black Friday shoppers inside a Macy's store at the Glendale Galleria in Glendale, California, on Nov. 29, 2013. (Jonathan Alcorn/Reuters)
Economies

U.S. holiday sales will increase from 4.3 percent to 4.8 percent, getting a boost from a strong economy, according to a forecast from a leading retail industry group.

The National Retail Federation (NRF) said holiday sales growth will be higher than an average increase of 3.9 percent over the past five years but slower than the 5.3 percent growth witnessed a year earlier when consumer spending grew the most since 2005 and was boosted by tax cuts.

“With this year’s forecast, we continue to see strong momentum from consumers as they do the heavy lifting in supporting our economy,” he said.

The combination of more jobs, improved wages, tamed inflation, and an increase in net worth all provide the impetus to spend, he added.

The trade body also said there are continued concerns about an escalating trade war with China but it is optimistic about consumers’ propensity to spend.

NRF’s forecast is one of the most closely watched benchmarks ahead of the holiday season, when retailers like Amazon, Walmart, and Target generate an outsized portion of their profits and sales.

The last two months of the year can account for 20 percent to 40 percent of annual sales for many retailers.