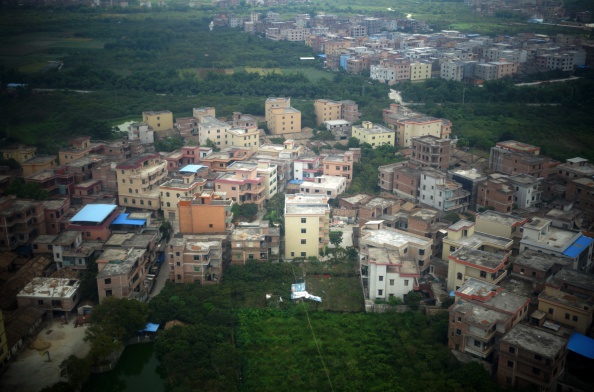 An aerial view of housing in the suburbs of Guangzhou, in southern China's Guangdong Province, on August 10, 2014. (Johannes Eisele/AFP/Getty Images)
US-China Relations

WASHINGTON—A U.S. private citizen who visited China has reported symptoms like those of U.S. diplomats afflicted with a mysterious illness in Havana, Cuba and the southern Chinese city of Guangzhou, a U.S. State Department official said on July 5.

The person, who was not named by the department official, is the first non-official American known to have experienced the symptoms following a trip to China. Nineteen private U.S. citizens have reported similar symptoms after traveling to Cuba.

Twenty-five U.S. officials in Havana and at least one working at the U.S. consulate in Guangzhou have been sent back to the United States after exhibiting symptoms consistent with a concussion or mild traumatic brain injury.

Many of them reported the mystery illness, whose cause is unknown, following an experience of abnormal sounds or pressure, consistent with sonic weapon attacks.

In a March 2 travel advisory, the State Department urged U.S. citizens to reconsider travel to Cuba, saying that “numerous U.S. Embassy Havana employees appear to have been targeted in specific attacks.”

News of the illness suffered by U.S. officials in Cuba first came to light last August. Reports of the illness afflicting Americans working at the U.S. consulate in Guangzhou emerged in May.

On June 7, the State Department brought a group of diplomats home from Guangzhou for evaluation.

“Since the release of the first [Guangzhou-related] Health Alert on May 23, the Department of State has been contacted by one U.S. citizen who reported experiencing similar symptoms following travel to China,” said an official with the State Department’s Bureau of Consular Affairs.

Asked if the State Department had any information suggesting that the private citizens were affected by the same “attacks” as those on U.S. officials in Cuba, the official replied: “This is an evolving situation. As we state in our health alert, if you have concerns about any symptoms or medical problems, consult a medical professional as soon as possible.”

Cuban officials have denied any involvement or knowledge of what was behind the illnesses in Havana. China has said that it thoroughly investigated the initial case reported by the United States in Guangzhou and found no reasons or clues to explain it.