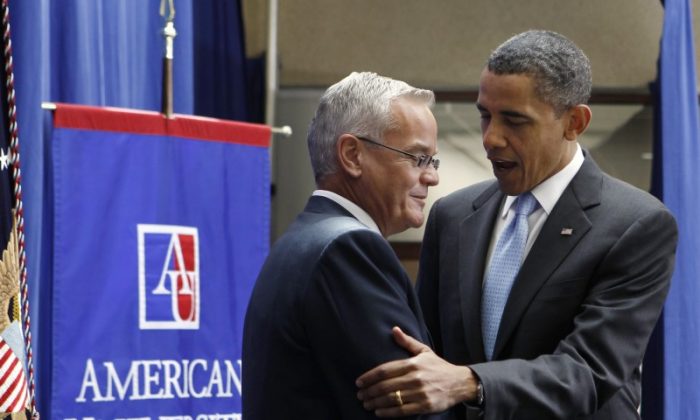 U.S. President Barack Obama is introduced by Pastor Bill Hybels of Chicago before he speaks about comprehensive immigration reform at the American University School of International Service in Washington, July 1, 2010. (Reuters/Larry Downing)
US News

Bill Hybels, the founder of one of the largest evangelical megachurches in the United States and a former spiritual adviser to Bill Clinton, retired early on Tuesday, saying an investigation that cleared him of misconduct had taken its toll.

Leaders at Willow Creek Community Church in a northwest suburban of Chicago said two weeks ago they had cleared Hybels of wrongdoing after an investigation found that allegations of misconduct against several women were untrue.

Hybels told his congregation he had decided to retire on Tuesday, six months earlier than the October date he had planned.

“I have complete peace about this decision,” Hybels said after several people shouted “No” in the packed hall in South Barrington, Illinois.

“I have been accused of many things I simply did not do,” he said.

The controversy “has been extremely painful” to him and his wife Lynne and continued to be a “distraction,” he said, his voice cracking.

Hybels founded the church in 1975, drawing 125 worshippers to the first service in the Willow Creek Theatre in Palatine, Illinois, according to the church’s website.

It said 25,000 worshippers now regularly attended at the main campus in South Barrington and satellite sites across Chicagoland.

Hybels was one of President Bill Clinton’s spiritual advisers around the time of the Monica Lewinsky scandal, the Washington Post reported.