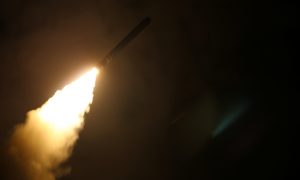 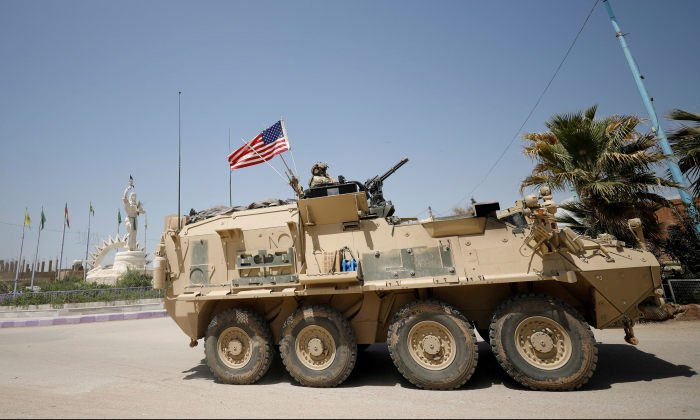 The U.S.-led coalition against the ISIS terrorist group has begun to withdraw forces from Syria, a Department of Defense spokesman confirmed on Jan. 11.

President Donald Trump’s announced the withdrawal in December, citing the defeat of ISIS in Syria. The spokesman’s confirmation signals that the military has completed the planning stage and is taking concrete steps to pull troops out of the region.

The coalition “has begun the process of our deliberate withdrawal from Syria. Out of concern for operational security, we will not discuss specific timelines, locations or troop movements,” Col. Sean Ryan, the spokesman for the Combined Joint Task Force, said.

Trump has said that the withdrawal will be “strong, deliberate, and orderly” over a period of time.

According to residents at border crossings, there has been no large-scale movement of troops in areas frequently used by U.S. forces.

The withdrawal of American troops from the region introduced a new dynamic among the nations and groups stationed in the region. National Security Adviser John Bolton said that the pullout is conditional on protections for the Kurdish fighters allied with the United States.

Secretary of State Mike Pompeo, who was touring the Middle East this week, said that the United States will continue to conduct airstrikes in Syria “as target arise.” The secretary of state added that the pullout from Syria is not indicative of a change of America’s mission to defeat radical Islamic terrorism in the region and around the world.

“We remain committed to the complete dismantling of ISIS–the ISIS threat–and the ongoing fight against radical Islamism in all of its forms,” Pompeo said. “But as President Trump has said, we’re looking to our partners to do more, and in this effort, we will do so going forward together.”

In a rare acknowledgment that French troops were also in Syria, Foreign Minister Jean-Yves Le Drian of France said they would leave when there is a political solution in the country. France is part of the U.S.-led coalition.

The Kurdish groups that control the north have turned to Moscow and Damascus hoping to strike a political deal that will stave off Turkey and shield their autonomy in the north.

Maria Zakharova, a Russian Foreign Ministry spokeswoman, said it was important for Syrian Kurds and the Syrian government to start talking to each other in light of U.S. withdrawal plans.

She also said the territory, previously controlled by the United States, should be transferred to the Syrian government.

“In this regard, establishing dialogue between the Kurds and Damascus takes on particular significance. After all, the Kurds are an integral part of Syrian society,” Zakharova said.

Turkey views the U.S.-backed YPG Syrian Kurdish militia as an extension of the Kurdistan Workers’ Party (PKK), which has waged a 34-year insurgency in Turkey for Kurdish political and cultural rights, mostly in southeastern areas near Syria.

A Kurdish politician told Reuters last week the Kurds had presented Moscow with a road map for a deal with Damascus. Syria’s deputy foreign minister said on Wednesday he was optimistic about renewed dialogue with the Kurds.