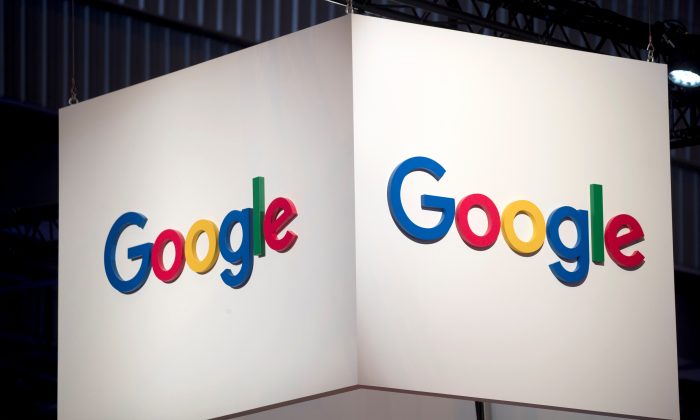 The logo of Google is pictured during the Viva Tech start-up and technology summit in Paris, France, May 25, 2018. (Charles Platiau/Reuters)
US News

U.S. Lawmakers Ask Google If It Will Rejoin Chinese Market

WASHINGTON–A bipartisan group of U.S. lawmakers on Sept. 13 asked Alphabet Inc.’s Google if it will re-enter the Chinese search engine market and if it would comply with China’s internet censorship policies upon its return.

Sixteen members of the U.S. House of Representatives, including liberal Democrats and conservative Republicans, said in a letter they had “serious concerns” about the potential step and asked Google if it would agree to restrict certain words, terms or events in China. The company did not immediately comment on Sept. 13.

Reuters reported last month Google planned to launch a version of its search engine in China that will block some websites and search terms, two sources said.

Representative David Cicilline, a Democrat and signer of the letter, wrote on Twitter that “Google should not be helping China crackdown on free speech and political dissent.”

Other signers include Representative Michael McCaul, a Republican who chairs the House Homeland Security Committee.

The letter asked if Google would take steps “to ensure that individual Chinese citizens or foreigners living in China, including Americans, will not be surveilled or targeted through Google applications.”

The reported plans, which has been criticized by human rights advocates, come as China has stepped up scrutiny of business dealings involving U.S. tech firms including Facebook Inc. and Apple Inc., amid intensifying trade tensions between Beijing and Washington.

Google, which quit China’s search engine market in 2010, has been actively seeking ways to re-enter China where many of its products are blocked by regulators.

Google’s main search platform has been blocked in China since 2010, but it has been attempting to make new inroads into China.

Facebook’s website is also banned in China but the company has also signaled its interest to enter the market.