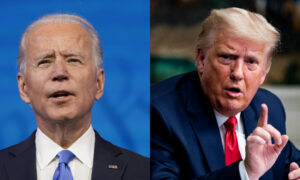 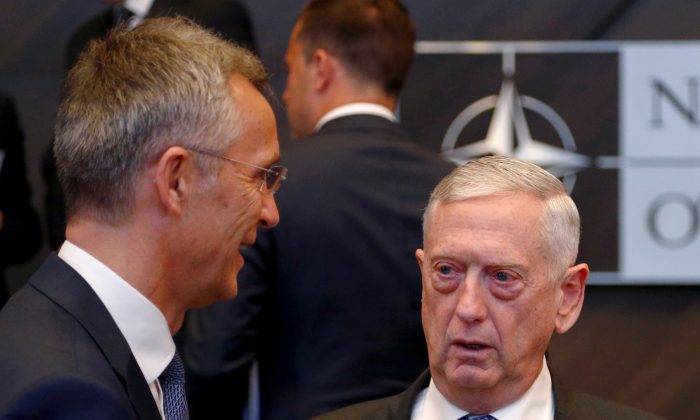 BRUSSELS—U.S. Defense Secretary Jim Mattis said on Oct. 4, that Russia’s violation of an arms control treaty was “untenable” and unless it changed course the United States would respond.

The United States believes Russia is developing a ground-launched system in breach of a Cold War treaty, known as the Intermediate-Range Nuclear Forces Treaty (INF), that could allow Moscow to launch a nuclear strike on Europe at short notice. Russia has consistently denied any such violation.

“Russia must return to compliance with the INF treaty or the U.S. will need to respond to its cavalier disregard to the treaty’s specific limits,” Mattis told a news conference after a meeting of NATO defense ministers in Brussels.

“The United States is reviewing options in our diplomacy and defense posture to do just that. Make no mistake: The current situation, with Russia in blatant violation of this treaty, is untenable,” Mattis said.

He declined to give details on the possible U.S. response.

NATO Secretary-General Jens Stoltenberg said Moscow had developed a missile known as Novator 9M729, which analysts say is similar to Russian short-range, sea-launched missiles but can fly between 310-3,420 miles.

Mattis’ comments are likely to worsen relations between Moscow and the West, already at a post-Cold War low over Russia’s 2014 seizure of Crimea, its bombing campaign in Syria and accusations of meddling in Western elections.

While the United States has called for Russia to come back into compliance with the INF treaty for several years, Mattis’ comments come just days after Washington’s envoy to NATO said Russia must halt its covert development of the banned cruise missile system or the United States would seek to destroy it before it becomes operational.

U.S. ambassador to NATO Kay Bailey Hutchison said on Tuesday Washington remained committed to a diplomatic solution but was prepared to “take out” any Russian missile if development of the medium-range system continued.

The Russian foreign ministry reacted by saying Hutchison’s comments were dangerous. Hutchison clarified that she was not talking about a preemptive strike against Russia.

“We also will take the steps necessary to ensure that we don’t have any gaps in a credible defense and deterrence posture,” General Curtis Scaparrotti, head of U.S. European Command and NATO’s supreme allied commander, told reporters during the NATO meeting.

A recent U.S. State Department report found Russia had violated obligations “not to possess, produce, or flight-test” a ground-launched cruise missile with a range capability of 500 km to 5,500 km (310-3,420 miles), “or to possess or produce launchers of such missiles.”

Earlier this year, the U.S. military said in a new national defense strategy that countering Russia, along with China, would be a priority. The move reflects shifting U.S. priorities after more than a decade and a half of focusing on the fight against Islamist militants.

The Pentagon’s nuclear policy document released in February said that in response to Russia’s violation, the United States would start reviewing its own options for conventional, ground-launched, intermediate-range missile systems.

Kingston Reif, the director for disarmament research at the Arms Control Association advocacy group, cautioned that if the United States also abandoned the INF treaty, it would allow Russia to potentially station hundreds of missiles near Europe.

Any new U.S. missile system would also be politically difficult to station in Europe as no NATO ally would want to host it, he said. “Attempting to force it upon the alliance would be incredibly divisive. It is thus a weapon to nowhere.”