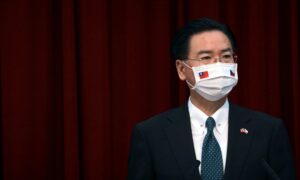 With EU Help, Taiwan Gets Rare Win in Naming Dispute With China
0 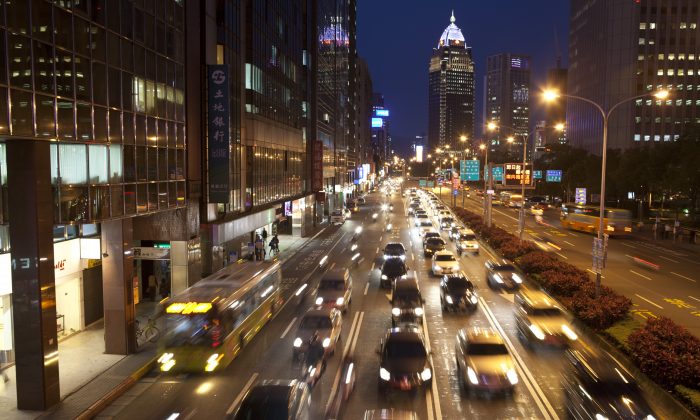 Traffic moving along a street in the evening in Taipei’s Hsin-yi district on April 15, 2013 in Taipei, Taiwan. (Ashley Pon/Getty Images)
Asia & Pacific

U.S. Deputy Assistant Secretary of Commerce for Manufacturing Ian Steff visited Taiwan from March 22 to 27 to “explore ways of collaboration to strengthen the bilateral trade, commercial, and investment relationship between the United States and Taiwan,” according to a statement issued by the American Institute in Taiwan, the de facto U.S. embassy to the island nation.

According to TSMC, Steff commented that Taiwan’s semiconductor industry is highly complementary to that of the United States and that Taiwan is an important ally. He also expressed hope that the two sides will continue to deepen exchanges and cooperation.

The comment came at a time when the Chinese regime reportedly offered to purchase more U.S. semiconductors at the expense of decreasing Chinese purchases from Taiwan and South Korea. The Chinese regime also recently lowered corporate tax rates for domestic chipmakers in an effort to reduce dependence on foreign semiconductors, one of its largest import categories by value.

The offer was supposedly a response to a U.S. demand that China purchase more U.S. semiconductors.

The semiconductor fabrication industry is part of the backbone of Taiwan’s economy. Chips fabricated by TSMC and other Taiwanese companies such as United Microelectronics Corporation, Siliconware Precision Industries Co., and ASE Group are extensively provided to U.S. semiconductor companies, many of which are part of the defense supply chain that produces equipment for the U.S. military.

In a meeting with the American Chamber of Commerce in Taipei, Steff also said that the U.S. government sees many economic opportunities in Taiwan because of the two countries’ numerous mutual interests, including in such sectors as biotech, energy, and the internet of things.

Steff’s visit and comments made to Taiwanese industries were extensively reported on in Taiwan and are seen as reassurance of the U.S. commitment to maintain economic ties with the island nation, which has been besieged by increasingly aggressive economic and military pressures from China.

Steff is the second high-ranking U.S. official to visit Taiwan in recent days since Trump signed into law the Taiwan Travel Act on March 16, a bill unanimously passed by Congress that stipulates that the U.S. government should encourage high-level official exchanges with Taiwan.

Alex Wong, the U.S. State Department’s deputy assistant secretary of state for East Asian and Pacific affairs, visited Taiwan from March 20 to 22, during which he also reassured Taiwan of continued U.S. support.