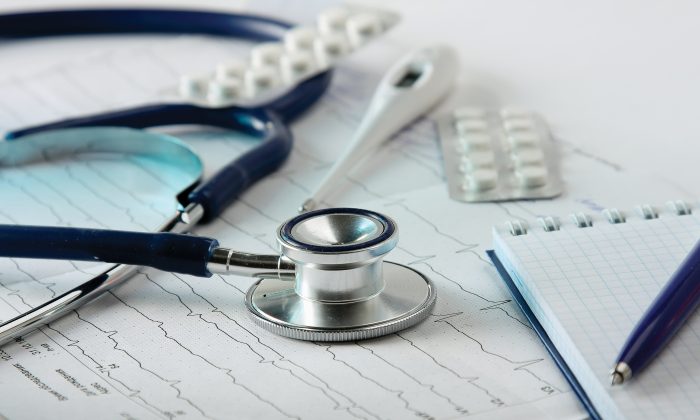 NEW YORK—Two former top executives of the now-defunct China Medical Technologies Ltd have been criminally charged in the United State with defrauding investors out of more than $400 million, U.S. prosecutors said on Monday.

According to a three-count indictment, founder and Chief Executive Officer Xiaodong Wu, 59, and Chief Financial Officer Tak Yung Samson Tsang, 46, stole much of the $426 million they raised in two convertible bond offerings in 2008 and 2010.

Prosecutors said they did this by sending bond proceeds to entities they and their co-conspirators controlled, rather than invest it in the Beijing-based medical testing equipment maker or repurchase existing debt as they had promised.

“Wu and Tsang led their victims down a narrow path of deceit,” FBI Assistant Director-in-Charge William Sweeney said in a statement. “They betrayed the trust of those who took them at their word, stole their money, and made off with more than $400 million.”

China Medical is one of dozens of Chinese companies whose accounting and other practices were called into question by short sellers and other investors early this decade.

Prosecutors said Wu and Tsang shielded their own activity by causing China Medical’s outside auditor and independent director to resign, ending disclosures of material events, halting interest payments and refusing to cooperate with liquidators, in a scheme that ran from January 2005 to November 2012.

China Medical filed for protection from creditors with the U.S. bankruptcy court in Manhattan in August 2012, and was later placed into liquidation.