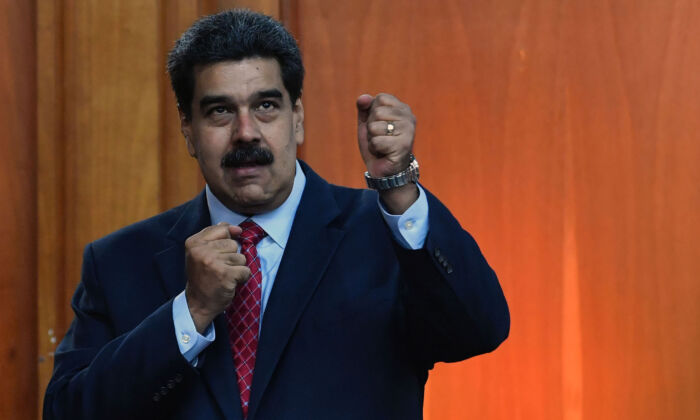 NEW YORK—The U.S. government on Friday, March 8, announced criminal charges against a top official in Nicolas Maduro’s government for violating sanctions imposed two years ago when the official was accused of drug trafficking.

El Aissami and Lopez Bello, both 44, were each charged with five counts of circumventing sanctions and violating the Foreign Narcotics Kingpin Designation Act, which targets people believed to threaten U.S. economic and foreign policy interests.

The sanctions against El Aissami were the first by the Trump administration against a top official in Maduro’s government for alleged money laundering and drug trafficking.

El Aissami was accused of helping arrange drug shipments out of Venezuela, including to the United States and Mexico, through his control of a Venezuelan airbase and shipping ports.

“Enforcement of these sanctions is critical to the national security interests of the U.S.,” Attorney Geoffrey Berman in Manhattan said in a statement.

The Justice Department said these services included travel to or from the Dominican Republic and Turkey, as well as Venezuela and Russia.

Mones Coro appeared on Friday in the West Palm Beach federal court. His lawyer did not immediately respond to a request for comment. A lawyer for Leon Maal could not immediately be located.

ACS and SVMI were not charged, and did not immediately respond to requests for comment.