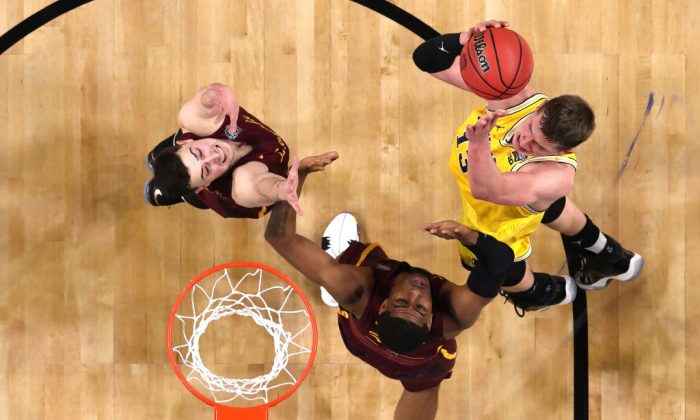 NEW YORK—Federal prosecutors in New York on Tuesday expanded a corruption case into college basketball, accusing an Adidas AG executive of taking part in a scheme to bribe high school players to attend the University of Kansas and North Carolina State University, which are sponsored by the apparel maker.

The executive, James Gatto, was arrested in September, and was charged in an earlier indictment with scheming to bribe students to attend the Adidas-sponsored University of Louisville and University of Miami. The charges relating to the two additional universities came in a superseding indictment unsealed on Thursday in Manhattan federal court.

Merl Code, a consultant for Adidas, and Christian Dawkins, who worked at a sports management company, have also been accused of taking part in the bribe schemes related to Louisville and Miami.

All three defendants pleaded not guilty to the original indictment, in which they were charged with conspiracy. The new indictment additionally charges all three men with wire fraud.

Lawyers for the defendants could not immediately be reached for comment. A spokesman for Adidas also could not be reached.

Joe Monaco, a spokesman for the University of Kansas, said the school would cooperate fully with investigators.

“The indictment does not suggest any wrongdoing by the university, its coaches or its staff,” he said by email.

A spokesman for the University of Louisville declined to comment. The other two universities could not immediately be reached.

Prosecutors said in the new indictment that in 2015, Gatto conspired to funnel about $40,000 to the parents of a student athlete to induce him to attend North Carolina State University and eventually to sign a sponsorship deal with Adidas upon entering the National Basketball League. They said the payment was made through a coach at the university, who was not named.

In 2016, prosecutors said, Gatto conspired to funnel at least $90,000 to the mother of a high school player to induce him to attend the University of Kansas and eventually sign a deal with Adidas.

The new accusations are part of a wide-ranging case over alleged corruption within the National Collegiate Athletic Association that has ensnared coaches and others.