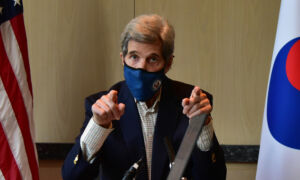 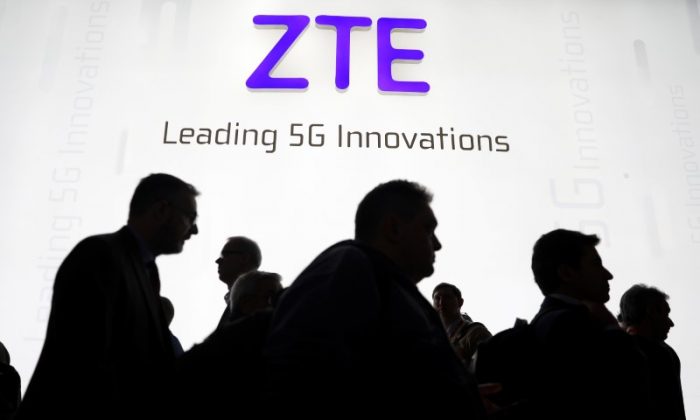 Visitors pass in front of the ZTE booth at the Mobile World Congress in Barcelona, Spain, on February 26, 2018. (Sergio Perez/Reuters)
China-US News

The Chinese company, a top smartphone seller in the United States, pleaded guilty last year in federal court in Texas for conspiring to violate U.S. sanctions by illegally shipping U.S. goods and technology to Iran. It paid $890 million in fines and penalties, with an additional penalty of $300 million that could be imposed.

As part of the agreement, the Shenzhen-based ZTE Corp. promised to dismiss four senior employees and discipline 35 others by either reducing their bonuses or reprimanding them, senior Commerce Department officials told Reuters. But the Chinese company admitted in March that while it had fired the four senior employees, it had not disciplined or reduced bonuses to the 35 others.

ZTE “provided information back to us basically admitting that they had made these false statements,” said a senior department official. “That was in response to the U.S. asking for the information.”

“We can’t trust what they are telling us is truthful,” the official said. “And in international commerce, truth is pretty important.”

ZTE officials did not immediately respond to requests for comment.

Douglas Jacobson, an exports control lawyer who represents suppliers to ZTE, called the ban highly unusual and said it would severely affect the company.

“This will be devastating to the company, given their reliance on U.S. products and software,” said Jacobson. “It’s certainly going to make it very difficult for them to produce and will have a potentially significant short and long-term negative impact on the company.”

“This is going to tank their stock,” Jacobson added.

ZTE has sold handset devices to U.S. mobile carriers AT&T, T-Mobile, and Sprint. It has relied on U.S. tech companies including Qualcomm, Microsoft, and Intel for components.

The U.S. action against ZTE is likely to further exacerbate current tensions between Washington and Beijing over trade.

A five-year federal investigation that concluded last year found that ZTE had conspired to evade U.S. embargoes by buying U.S. components, incorporating them into ZTE equipment and illegally shipping them to Iran.

ZTE, which devised elaborate schemes to hide the illegal activity, agreed to plead guilty after the Commerce Department took actions that threatened to cut off its global supply chain.

The U.S. government had allowed the company continued access to the U.S. market under the 2017 agreement. American companies are estimated to provide 25 percent to 30 percent of the components used in ZTE’s equipment, which includes networking gear and smartphones.

The U.S. government’s investigation into sanctions violations by ZTE followed reports by Reuters in 2012 that the company had signed contracts to ship millions of dollars’ worth of hardware and software from some of the best known U.S. technology companies to Iran’s largest telecoms carrier.