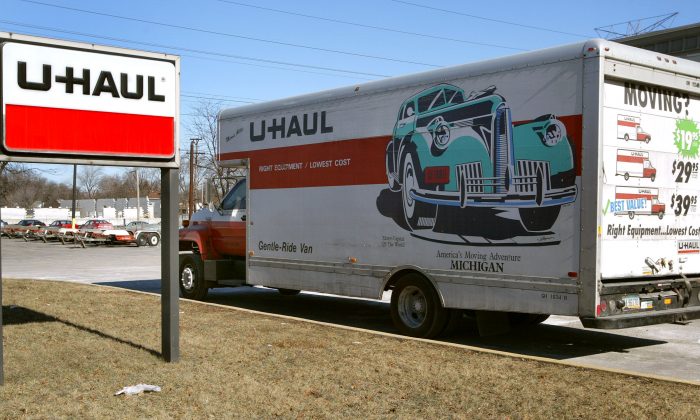 A U-Haul truck in a file photo taken in Illinois. (Tim Boyle/Getty Images)
US News

U-Haul International said it won’t hire people who are nicotine users in 21 states.

The policy will be effective on Feb. 1, the Phoenix-based company said.

“We are deeply invested in the well-being of our Team Members,” Jessica Lopez, U-Haul chief of staff, said in a statement. “Nicotine products are addictive and pose a variety of serious health risks. This policy is a responsible step in fostering a culture of wellness at U-Haul, with the goal of helping our Team Members on their health journey.”

The hiring policy will be enacted in the 21 states that let companies legally decline to hire people who use nicotine products.

People applying to work at the company in those states will see statements on applications asking about nicotine use. Some applicants will have to consent to submit to nicotine screening in the future to be considered for a job, where legal.

On the other hand, 29 states and the District of Columbia have laws that don’t allow employers from not hiring people because of their nicotine use, or “smoke protection” laws, according to the American Lung Association.

U-Haul employs more than 30,000 across the United States and Canada.

The move comes after Congress passed and President Donald Trump signed into law a bill upping the minimum smoking age to 21 from 18.

“This is a major step in protecting the next generation of children from becoming addicted to tobacco products. Tobacco products, including e-cigarettes, should never be marketed to, sold to, or used by kids,” Dr. Stephen Hahn, commissioner of the Food and Drug Administration, said in a statement.

Cigarette smoking is the leading cause of preventable disease and death in the United States, according to the Centers for Disease Control and Prevention, accounting for about 20 percent of deaths, or more than 480,000 deaths each year.

An estimated 34.2 million adults in the United States currently smoke cigarettes and more than 16 million live with a smoking-related disease.

As far as hiring policies targeting smokers, the Cleveland Clinic announced in 2007 (pdf) it wouldn’t hire people who test positive for the presence of nicotine. The city of Dayton, also in Ohio, announced last year that it wouldn’t hire workers who use tobacco or nicotine.

Applicants are tested and will not be hired if they test positive. The city also said it would test workers hired after the policy change if they are suspected of using tobacco or nicotine.