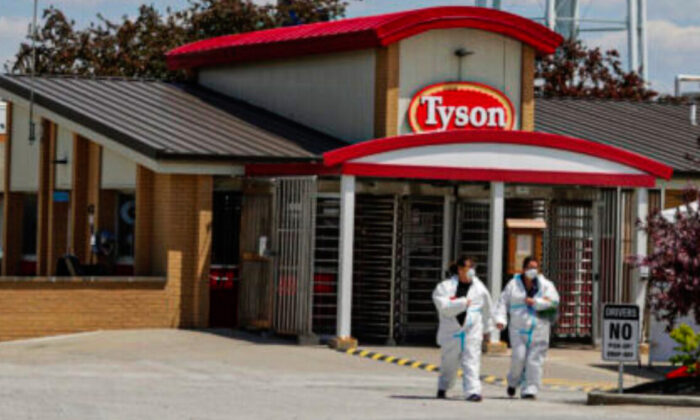 Tyson Foods to Spend $50 Million in Bonuses on Frontline Workers

Tyson Foods Inc. announced on Dec. 6 that it will pay $50 million in year-end bonuses to frontline and hourly meatpacking employees starting this month to attract and retain employees after the pandemic.

A total of 86,000 Tyson employees in the United States will be eligible for the one-time bonuses that range from $300 to $700 and will be distributed based on tenure.

The figures released do not include the company’s plans for its salaried employees.

“This is yet another way for us to say thank you and show how grateful we are for our frontline teams’ efforts to keep each other safe, our company strong, and our world fed over the past year,” said Tyson’s chief executive and president Donnie King. “While 2021 presented many challenges, our entire Tyson team continued to meet them, head on.”

The meatpacking company said that it is “looking at other ways to better support its frontline workforce.”

“In addition to pay increases and signing bonuses, [Tyson Foods] is offering more flexible work schedules at some facilities and, starting January 1, 2022, paid sick leave,” it said in a statement.

The company has opened several health centers to give frontline employees and their families easier access to high-quality healthcare at no cost. It also said that it will start addressing workers’ childcare needs.

Tyson says that it will provide more resources for training and development opportunities for its employees to further their career and personal goals, including partial scholarships for secondary education.

Over the past year, the total value of the wages its hourly workers received, plus benefits, increased to $24 an hour on average, up from an average of $22 an hour.

Tyson has already spent more than $500 million on wage increases and other bonuses over the past year to retain the employees who kept its plants running at the height of the pandemic in 2020.

That includes the $200 bonuses it paid to workers who got the vaccine since the company’s mandatory vaccination order back in August.

The meatpacking industry was especially hard hit by the virus, as it spread quickly through the processing plants where employees work in close quarters for many hours on the assembly lines.

About 59,000 workers were infected with the CCP virus of which 269 died as the virus swept through the industry, according to a U.S. House of Representatives subcommittee report released this fall.

The meatpacking plants run by Tyson and its other competitors, such as JBS USA, Cargill Inc., the National Beef Packing Company, and WH Group’s Smithfield Foods were included in the Congressional report.

Tyson’s stock ticked up 0.6 percent in premarket trading and has gained 5.6 percent over the past three months through Dec. 3, while the S&P 500 has inched up 0.1 percent. The company said last month that it earned $3.06 billion during the fiscal year, up from $2.07 billion in 2020 as demand for its products remained strong and prices increased.