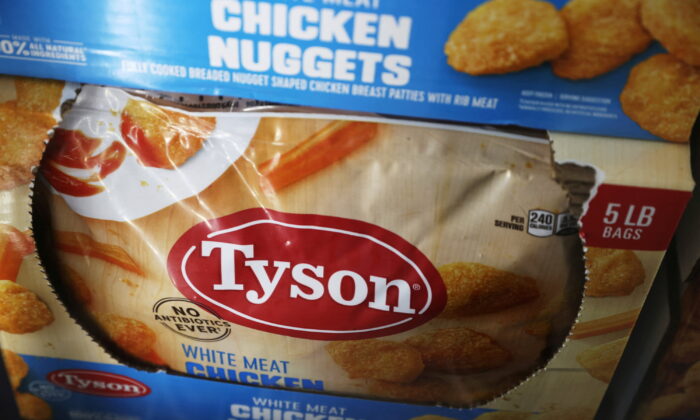 Meatpackers have come under scrutiny from the White House and Congress over climbing meat prices, with the White House blaming a lack of competition in the sector for the increases.

Companies like Tyson say they have hiked prices to offset rising costs for labor and goods like animal feed, which has been accelerated by the war in Ukraine.

“Although we continue to see inflationary pressures across the supply chain, we are working to drive costs down,” Chief Executive Officer Donnie King said in a statement.

Tyson, based in Springdale, Arkansas, now expects annual sales between $52 billion and $54 billion, compared with its prior estimate for the upper end of a $49 billion to $51 billion range.

Analysts on average expect a figure of $51.79 billion, according to Refinitiv IBES data.

Tyson said average prices for its beef in the quarter that ended on April 2 climbed by 23.8 percent from a year earlier, while chicken prices increased by 14.4 percent and pork prices rose 10.8 percent. Sales volumes were nearly flat in the beef and chicken sectors and dropped 4.8 percent in the pork business, according to the company.

Quarterly sales rose to $13.12 billion in the quarter from $11.30 billion a year earlier, beating expectations of $12.85 billion. Tyson reported adjusted earnings per share of $2.29, above expectations for $1.91.

By Deborah Sophia and Tom Polansek