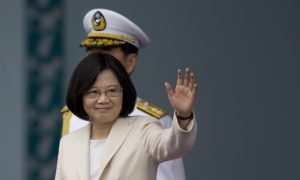 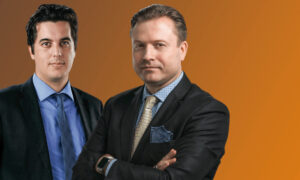 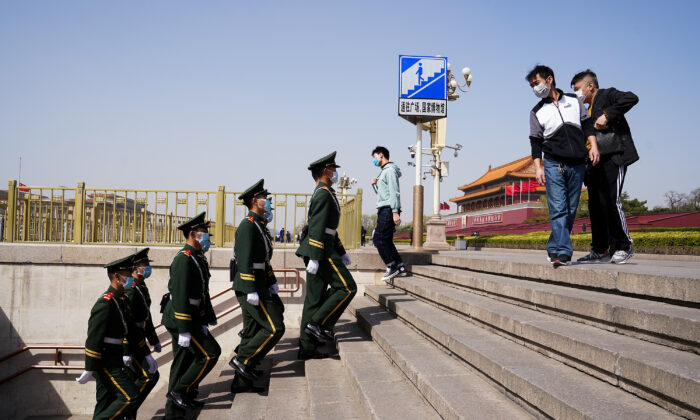 Tyranny Versus Free World: Responses to Pandemic Expose Dark Side of Communism

The Chinese regime responded to the pandemic by covering up and silencing whistleblowers, then when it was too late to ignore, it enacted brutal, draconian measures on its own citizens—all while propaganda was spread internally through state-run media.

The U.S. response meanwhile was humane, spotlighting the contrast between a free society’s handling of a crisis versus that of a tyrannical regime. Experts told The Epoch Times that free speech and freedom itself is core to how effectively a government responds to crisis, emphasizing the values of transparency and compassion.

During the early stages of the CCP virus outbreak, which first emerged in Wuhan in December 2019, the Chinese Communist Party (CCP) muzzled and arrested doctors, citizen journalists, scholars, and business people who sought to expose the truth about the virus.

Li Zehua, a former anchor for Chinese state broadcaster CCTV, was the third video blogger arrested in the outbreak epicenter of Wuhan. His story is just one of many similar stories of censorship as documented by The Epoch Times.

“I don’t want to shut my eyes and ears. … I’m doing this so that more young people like me can stand up,” Li, 25, said in a passionate speech live-streamed on YouTube before police entered a hotel he was staying in and presumably detained him.

He at first refused to let them in. He turned his camera on and began alluding to the student-led Tiananmen pro-democracy protests in 1989, which came to a bloody end after Beijing deployed tanks and guns. “I feel that it’s unlikely that I will not be taken away and quarantined,” he said, shortly before he opened the door.

The police confiscated his phone and laptop and cut off the signal.

Justin Haskins, editorial director of The Heartland Institute, a free-market think tank, said the CCP consistently puts itself above the needs of the Chinese people, and the rest of the world, too.

“The coronavirus crisis is no different,” he told The Epoch Times. “Evidence clearly shows the Communist Party silenced people concerned about the spread of the virus to protect its own interests, and as a result, it’s very likely thousands of people have died who otherwise would not have.”

A China insider told The Epoch Times in January that public health authorities also attempted to cover up the severity of the virus by limiting the number of diagnostic kits sent to Wuhan hospitals.

As the number of CCP virus cases grew and officials couldn’t censor everything, officials in Wuhan began sealing the buildings and doors of residents.

One of these residents, a father of two who wasn’t allowed to leave his apartment because his father was diagnosed, wondered how many more days he could carry on, citing a shortage of cash and skyrocketing food prices.

Chinese authorities have also shut down the internet in some areas. Commentators believe the authorities have been using this method to restrict netizens’ ability to talk freely about what’s happening on the ground.

There are countless examples of the CCP’s draconian actions against its own citizens; The Epoch Times has reported on many of them. Beijing has deliberately masked the total number of COVID-19 cases in China in a bid to safeguard its image both nationally and internationally.

In March, in the commercial district of Humen town in Dongguan city, which is lined with shops belonging to middle- and high-end fashion brands, riot police were deployed by the CCP to “take care” of merchants and punish them for still operating, footage showed. Store owners struggled to pay their rent.

In Xiaogan city, Hubei Province, residents were mandated to buy food through community managers, but some purchased cheaper vegetables through their own personal network and had the food delivered. A community manager reported these residents, spurring Chinese police to arrive and arrest them. Residents were outraged upon seeing the police and organized a group protest.

In one Wuhan community, footage showed local cadres giving food to residents—but this was limited to one free apple per household. Chinese citizens also complained about being treated like animals at Wuhan’s many checkpoints.

In one case, footage showed an old man being beaten by Chinese security forces because he tried to pass a checkpoint after failing to provide his QR code.

In yet another example of China’s thuggish tactics, a family of four in Anlu City, Hubei Province, was publicly humiliated and paraded through the streets by police on Feb. 14 for playing poker at home. Police also ordered them to publicly read out a “repentance” letter afterward. After reading the statement, the family was forced to stand for a long period of time before being allowed to return home.

When a system of government puts the welfare of the collective before the rights of individuals, “human rights abuses always follow, and that’s exactly what has happened in China,” said Haskins, who is also the editor-in-chief of Stopping Socialism.

“The Communist Party isn’t interested in protecting human rights, and it never has been. Its primary goal is always to maintain its own power, at any cost,” Haskins said. “You’ll see governing officials say and do whatever it takes—including lie—to keep people from doubting their role in society.”

Corruption is also rampant in tyrannical societies like Beijing. In one instance, surveillance footage depicted local Chinese officials allegedly looting a grocery store in Wuhan, triggering a wave of anger online. At one point, the owner tried to close the shop, but was stopped by a Chinese officer who let his colleagues in to take more goods.

In February, the Wuhan government also began to send CCP virus patients with mild or moderate symptoms to makeshift hospitals with inhumane conditions. These hospitals, set up in places such as stadiums and school gyms, are rampant with unsanitary conditions and lack medicines and treatment, videos posted by patients have revealed.

Some trapped inside were on the edge of a mental breakdown and began to destroy furniture out of frustration and anger. Others began fighting with each other.

Sarah Repucci, vice president of research and analysis at the U.S.-based human rights group Freedom House, said that in an emergency situation, free speech “enables the government to learn the reality of what is happening and respond more quickly.”

“If people don’t feel safe speaking out, they’re less likely to spread information that is crucial for helping to contain the pandemic,” she told The Epoch Times. “The solution to misinformation is not to censor.”

Although many countries still struggle to handle the pandemic effectively, Repucci said that with time, “free societies are more likely to keep restrictions proportionate and limited in duration to the health threat.”

“Less free societies are more likely to use the emergency to justify repression that consolidates their power,” she said. “That is the risk for the long term.”

China ranks 177 out of 180 in the 2019 Reporters Without Borders World Press Freedom Index. The regime is also expelling U.S. journalists based in China who work for The New York Times, The Wall Street Journal, and The Washington Post, highlighting the country’s dismal track record on press freedom.

Etienne Deffarges, health care policy expert and member of the Executive Council of the Harvard School of Public Health, told The Epoch Times, “It would be much easier to believe the flattering China’s official statistics if they were validated by a thriving and independent media.” China has recently pushed the narrative that there are zero, or few new cases of the virus in the country.

Haskins said that without free speech, “virtually no other freedoms are possible,” noting that in China, there is no such right.

“Free speech helps … make it more likely that government will be held accountable for its failures and abuses,” Haskins said.

Michael Barone, a political analyst and emeritus fellow at American Enterprise Institute, a Washington-based think tank, said countries such as Taiwan and South Korea quickly enacted strict but not draconian measures to stop the spread of the CCP virus “with a transparency that’s a vivid contrast with the concealment and lies that are standard practice in the People’s Republic of China.”

“I think there is a shocking contrast between the behavior and performance of Communist-ruled China and those of its neighbors with a similar ethnic and/or cultural heritage—Taiwan, South Korea, Hong Kong, Singapore,” Barone told The Epoch Times.

Barone expanded on that argument in an opinion piece for the Washington Examiner, writing, “It’s clear that regime character makes an enormous difference.”

“Taiwan, South Korea, Singapore, and Hong Kong have shown how people raised in Chinese or Chinese-influenced cultures of social cohesion and observation of rules can perform well in a situation of unanticipated stress,” he wrote, adding how the countries effectively screened passengers from China, distributed record numbers of protective masks, and introduced intensive testing.

President Donald Trump acted relatively quickly to the CCP virus as well, on Jan. 31 barring entry to the United States from foreign nationals who had been in mainland China.

The United States’ measures to slow the spread of the CCP virus are much more humane than China’s. U.S. residents in some of the harder-hit areas of the country are being told to stay home if possible, and everyone is recommended to maintain safe social distances.

Meanwhile, federal assistance from the government was enacted quickly, with Trump recently signing a $2.2 trillion stimulus bill meant to fuel the fight against the pandemic and sustain the economy. The package was the largest stimulus package in the nation’s modern history.

The United States also never employed draconian measures or thuggish tactics against its own citizens.

Deffarges said the countries who have been responding to the virus well have shown close cooperation and harmony of communication between federal and local governments, something he criticized the United States for not following.

But he noted that free societies “will eventually prove better than authoritarian regimes at handling this pandemic crisis, provided they enjoy both good governments and public trust.”

Over the next 12–18 months, solutions to beat the pandemic will likely come from the United States’ “unique combination of leading academic medical centers and national institutes of health and private enterprises, large and small,” Deffarges said.

“In the U.S., Franklin Delano Roosevelt enjoyed immense trust at the outset of World War II, and used this trust to mobilize the whole of U.S. industry in the war effort,” he said.