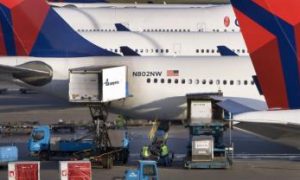 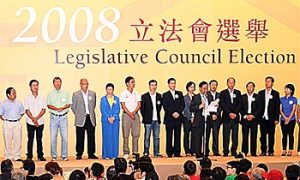 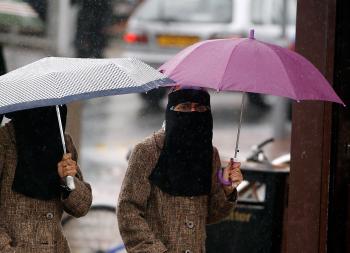 Demonstrators wearing full-face veils, with a slit exposing only the eyes, gathered in front of Paris’s Notre Dame Cathedral, according to media reports. Although it was a relatively small-scale protest, it nonetheless attracted the attention of the media, tourists, and police.

A protest on a much larger scale also took place in London, outside the French Embassy, where women dressed in full burqas—with only a mesh window for the eyes—carried signs reading, “Sarkozy Dictator,” “Burqa Pour La France,” “Shariah 4 France,” and “Go to Hellfire.”

According to the new French legislation, a woman wearing a burqa or a niqab will be subject to a fine of 150 euros (US$217) and might need to attend citizenship lessons for each violation. The wearers are not the main targets, however. Anyone found to be imposing the banned garments on a woman could receive a hefty fine of as much as 30,000 euros (US$43,309) and face imprisonment of up to one year.

“We are still very concerned that the restrictions will seriously interfere with the rights of Muslim women in France—the right to manifest their religion and the right to personal autonomy,” said Judith Sunderland, senior researcher for Western Europe at Human Rights Watch, in a statement in January.

Defenders of the new law, however, argue that the niqab- and burqa-wearing population in France is an affront to the principles of gender equality and secularism.

The majority of Europe’s Muslim population, which is estimated at about 5 million people, lives in France. About 5,000 women are believed to wear the now banned face veils in France.

Based on testimonies of women wearing the face veils, the sense of isolation and lack of consideration that they are subject to—based on their daily experiences—have grown since the national debate over the Islamic garments erupted in France.

According to the Open Society Foundation (OSF), many French came to believe that it’s their right and duty to behave as “members of the enforcement squad.” As a result of the media hype over the issue, Muslim women have been facing verbal abuse; with some being spat on or physically abused by passersby, who tried to rip off their veils.

Jameelah, 24, told the OSF: “I had the feeling that I was no longer human, that I was a monster,” adding, “while they should have respected me because at least I am a human being like them. … at least for that reason I wanted some respect.”