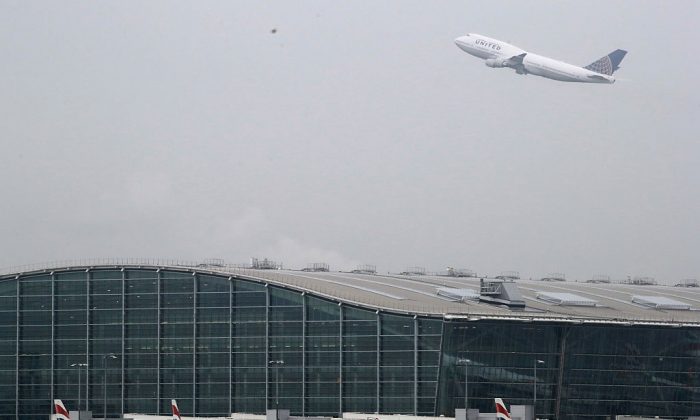 An aircraft takes of over Heathrow's Terminal 5 on October 25, 2016 in London, England. (Dan Kitwood/Getty Images)
UK

LONDON—London’s Heathrow Airport said on Wednesday it was dealing with “a serious accident” involving two vehicles on its airfield.

The airport, Europe’s biggest, was trying to minimize disruption to passengers, it said.

“We are working closely with the emergency services and updates will follow,” a spokeswoman for the airport said.

“The airfield remains open and we will work to minimize disruption to our passengers’ journeys.”

British media reported passengers had been evacuated from planes after the accident.