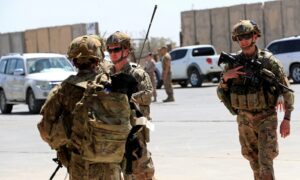 US to Withdraw Over 2,000 Troops From Iraq
0
Share Now
FacebookTweetParlerEmail
Copy Link 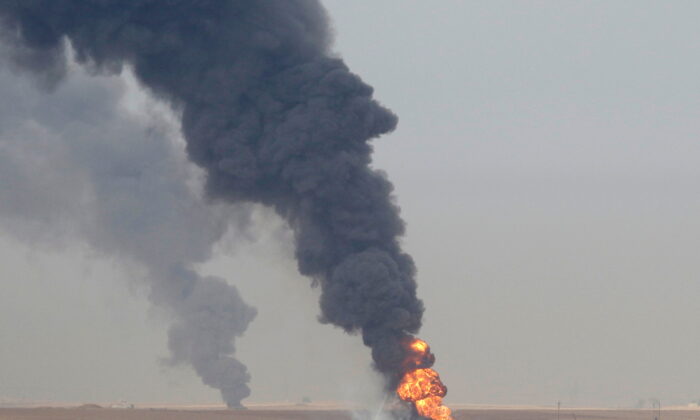 Smoke rises from oil wells inside the Khabbaz oilfield after they were bombed on the outskirts of Kirkuk, Iraq, on Dec. 9, 2020. (Ako Rasheed/Reuters)
World

KIRKUK—Two wells in a small oilfield in northern Iraq were set ablaze by explosives in a “terrorist attack” on Wednesday but overall production from the field was not affected, the Oil Ministry and officials said Wednesday.

The Oil Ministry gave no further details about the assailants behind the explosive devices that targeted the wells in Khabbaz oilfield, 20 km (12 miles) southwest of Kirkuk.

Technical teams isolated the two burning oil wells and there was no impact on output, two sources from the state-run North Oil Company (NOC), who spoke on condition of anonymity, said.

The field produces about 25,000 barrels per day, oil officials said. The ministry said production from the two wells that were targeted did not exceed 2,000 bpd.