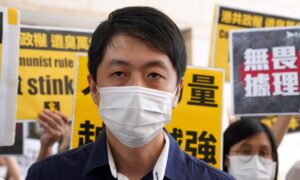 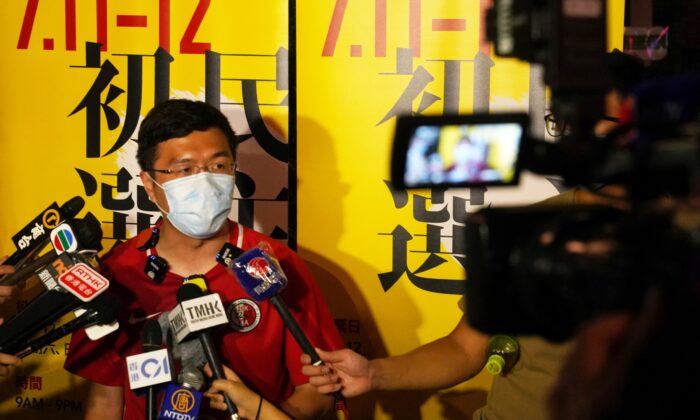 HONG KONG—Two Hong Kong pro-democracy activists pleaded guilty on Tuesday to charges related to an illegal assembly during mass protests in August 2019, while seven others, including media tycoon Jimmy Lai, pleaded not guilty.

The 2019 protests, fuelled by fear among locals that communist Beijing was curbing the wide-ranging freedoms promised to the former British colony upon its return to mainland rule in 1997, plunged the city into its biggest crisis since the handover.

The rally in August 2019 was estimated to have drawn more than 1 million people, despite heavy rain, and provided a respite from the clashes between protesters and police seen often at demonstrations in the months before and after.

Former pro-democracy politician and activist Au Nok-hin pleaded guilty to organizing and knowingly taking part in an unauthorized assembly, while Leung Yiu-chung, another activist, pleaded guilty to participating in an illegal assembly.

Leung and Au will hear the verdict on March 22.

The latter two shouted “Object to political prosecution!” when making the plea.

Beijing has responded to the 2019 protests by imposing a sweeping national security law in June last year, punishing anything the ruling Chinese Communist Party deems as secession, subversion, terrorism, or collusion with foreign forces with up to life in prison.

Since the introduction of the law, the pro-Beijing government has disqualified opposition politicians and jailed activists, while authorities have banned slogans, songs, and pro-democracy political activity in schools.

Lai has been in custody since December and is scheduled for another court appearance on Thursday for his appeal against an earlier decision to deny him bail in relation to charges of colluding with foreign forces.

By Jessie Pang. The Epoch Times contributed to this report.