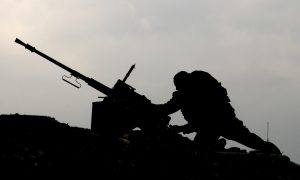 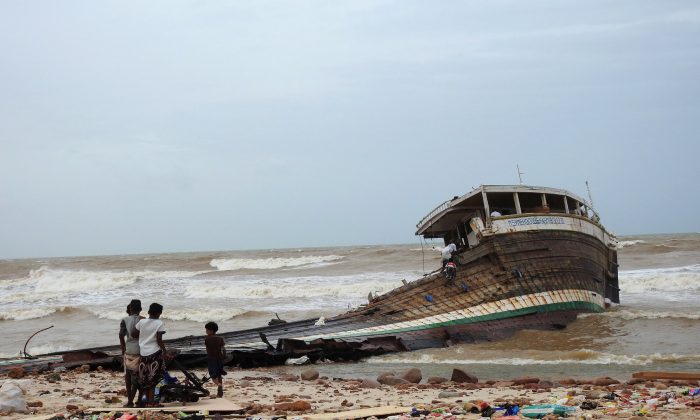 People search among the wreckage of a boat destroyed by Cyclone Mekunu in Socotra Island, Yemen, May 25, 2018. (Reuters/Stringer)
Middle East

DUBAI—Two people, including a child, were killed and three others went missing in the Omani province of Dhofar after Cyclone Mekunu hit the southern region of the Gulf Arab country, Omani police and state news media said on Saturday, May 26.

The three missing were Asian nationals, state news agency ONA reported. Mekunu started to weaken to a tropical storm in Oman and authorities began clearing operations on Saturday after the heavy rain but warned residents to stay in their homes, with run-off from river valleys flooding most main roads in Dhofar.

The cyclone also killed at least seven people in the Yemeni island of Socotra, a Yemeni official said on Saturday. At least 40 people were missing.

Yemen declared a state of emergency on Thursday for Socotra, which lies between southern Yemen and the Horn of Africa and is renowned for its unique animal and plant life.

Largely untouched by Yemen’s three-year-old war, it is under the control of the internationally recognized government whose president, Abdu Rabbu Mansour Hadi, is in exile in Saudi Arabia.

The storm flooded Socotra’s villages and capsized boats, leaving much of the island without access to communications.

Authorities in Oman have said they expected the cyclone to pass over the city of Salalah on Friday night. As wind and rain began to pummel southern Oman during the day, they extended the closure of the city’s airport until Saturday.