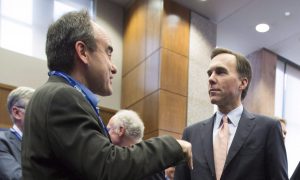 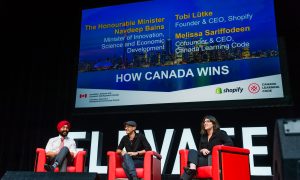 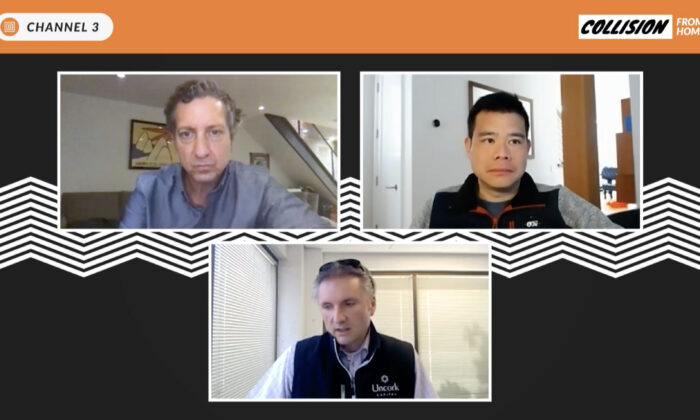 Two leading venture capitalists speaking at the Collision from Home virtual technology conference on June 23 say they are still active amid the COVID-induced economic downturn but that marginal startups now face stricter scrutiny.

“The pandemic forces the strong to be even stronger and the weak to move on,” said Wesley Chan, managing director at Felicis Ventures, at the online event hosted in Toronto. “We will see a thinning out of the herd.”

This is the third recession Chan is working through. Great companies can come out of crises, he said, pointing to Google’s public debut in 2004 after the dot com bust. Chan, who founded Google Analytics and Google Voice, said he’s on the lookout for the next Google.

Jeff Clavier, founder and managing partner of Uncork Capital, says his firm is definitely open for business and just wrapped up an investment earlier in the morning before his participation at Collision from Home.

“Good things happen to good companies in bad times,” he said, adding that awesome startups are being built during the pandemic and he wants to find them and invest in them.

“For the right opportunity, the market is very active,” Clavier said.

Chan and Clavier emphasize that new ideas from startups should not just focus on trying to take advantage of the pandemic circumstance—instead, they should be “timeless.”

“Those are the ones that thrive and survive,” Chan said.

Companies that can make clinical trials faster at half the cost will be able to take advantage of some of the best opportunities, he said. The pandemic has given rise to plenty of innovation in clinical trials and drug development.

Clavier says new concepts that empower companies to work remotely are among the hottest ideas for startups currently.

Chan notes that during the downturn, startups have to be seen as high-quality companies that have a good product and story to tell. They should have customers knocking on their doors. It’s similar in a way to the financial markets, where money gravitates toward the safety of government bonds, gold, and the U.S. dollar.

He doesn’t expect to see a lot of initial public offerings (IPOs) in 2020, but anticipates that mergers and acquisition activity will be robust. Big companies with cash are looking to emerge stronger from the recession, and one way to do that is by buying promising small companies.

Clavier agrees and suggests that startups should focus on building good companies and not be concerned with exit strategies like an IPO.

Venture capitalists like to personally get to know the founders they invest in, but Clavier is getting accustomed to doing it remotely now. Without meeting them in person, he feels he doesn’t really know them. “It’s tricky,” he said.

By now, U.S. startups also realize Chinese money is not coming in like it used to. It has slowed to a trickle since 2019, after the Trump administration tightened scrutiny of foreign investments in U.S. companies.

“I would say that this is a trend which has pretty much disappeared, because it’s just so hard to get approval to take those investments that it’s better for U.S. companies to try and get U.S. capital instead,” Clavier said.

Collision took place last year in Toronto and the partnership continued this year with opening remarks from Mayor John Tory. The three-day conference welcomed 634 speakers and more than 32,000 attendees all online.