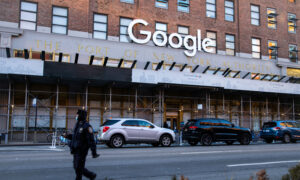 SEOUL—North and South Korea agreed on Aug. 13 to hold a summit in the North in September, another step towards boosting cooperation between the old rivals.

Officials from both sides meeting in the truce village of Panmunjom, in the demilitarized zone that separates the two Koreas, reached an agreement on a September summit between the countries’ leaders in the North’s capital of Pyongyang.

No date was announced for what will be the third meeting this year between North Korean leader Kim Jong Un and South Korean President Moon Jae-in.

They first met in April in Panmunjom, a remarkable thaw in ties after more than a year of rising tension and fears of war over the North’s development of nuclear weapons and ballistic missiles.

There they agreed that Moon would visit the North’s capital in the autumn, though the pair met again in May in an unannounced meeting at Panmunjom.

No details on an agenda for next month’s talks were announced, but the two Koreas have been discussing a range of issues, from a possible peace declaration to joint economic and infrastructure projects.

The progress between the two Koreas comes after Kim vowed to work toward that goal at a landmark summit in June in Singapore with U.S. President Donald Trump.

United States officials have said that North Korea had yet to agree to a timeline for eliminating its nuclear arsenal or to disclose its size, which American estimates have put at between 30 and 60 warheads.

After Monday’s talks, Ri Son Gwon, the chairman of a North Korean committee aiming for the “peaceful reunification” of the peninsula, told his South Korean counterpart, Unification Minister Cho Myoung-gyon, it was important to clear “obstacles” preventing inter-Korean relations from moving forward.

“If the issues that were raised at the talks aren’t resolved, unexpected problems could emerge and the issues that are already on the schedule may face difficulties,” Ri said, without giving details.

One issue that has angered North Korea recently has been the case of a dozen North Korean restaurant workers who came to the South in 2016 via China.

The North says they were abducted by the South and should be returned, and has raised the possibility of the issue creating an obstacle to the reunion of some families divided by the 1950-53 Korean War, planned for next week.

Cho did not say if North Korea had raised the case of the restaurant workers on Monday, merely saying it had not brought up new issues.

“There were mentions that if there are problems to be resolved by both sides, on humanitarian issues or for the development of inter-Korean relations, we should do it,” the minister told reporters.

Cho said the two sides had exchanged views on the North’s denuclearization and on a peace mechanism to replace the armistice that ended fighting during the Korean War.

Moon and Kim agreed during their first summit to push for a declaration of an end to the Korean War together with the United States this year, but Washington has said it would only be possible after the North abandons its nuclear program.

Last month, the North’s state media criticized the South, accusing it of only caring only about the views of the United States and failing to take practical steps to advance inter-Korean relations.

South Korea hopes to restart efforts on a cross-peninsula railway and a joint industrial park but has been cautious about major projects due to international sanctions chiefly engineered by Washington over the North’s nuclear and missile programs.

The North has urged the United States to end the sanctions, saying it had made goodwill gestures, including a moratorium on nuclear and missile tests, the dismantling of a nuclear site, and the return of the remains of some U.S. soldiers killed in the Korean War.

“The North is asking the South to play a bridging role as they want the United States to speed up progress in declaring an end to the war officially,” said Seo Yu-seok, a researcher at the Institute of North Korean Studies in Seoul.

Ri said the two sides had agreed on a date for the summit, but he declined to elaborate.

Kim Eui-kyeom, a spokesman of South Korea’s presidential office, said it would be difficult for the summit to happen before the Sept. 9 anniversary of North Korea’s founding, a major holiday there.

By Hyonhee Shin and Joyce Lee