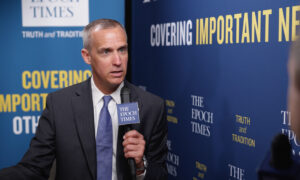 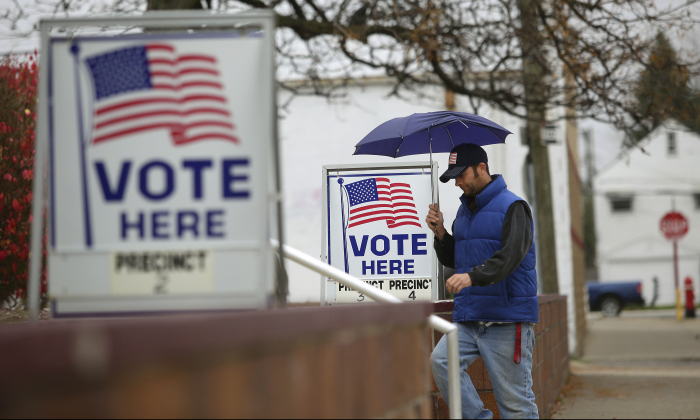 A man fills walks past voting signs displayed outside a polling station during the mid-term elections in Hamtramck, Michigan, in this Nov. 4, 2014 file photo. (Joshua Lott/Getty Images)
Politics

Two key Michigan congressional races in the 8th and 11th districts, where Democrats hoped to flip Republican seats, now appear to be too close to call, new polls reveal.

A poll conducted from Oct. 15 to Oct. 17, just weeks before the Nov. 6 midterms, by Michigan market research firm Target-Insyght/MIRS found incumbent Rep. Mike Bishop, (R-Rochester) ahead of his Democrat opponent, Elissa Slotkin, by 3 percentage points, falling within the poll’s margin of error of plus or minus 4.5 percentage points.

Bishop is the Republican representative for Michigan’s 8th Congressional District. Republicans currently have slim majorities in both the House and Senate.

Another survey by the New York Times and Sienna College yielded similar results. Their survey found Bishop with 47 percent compared to Slotkin’s 44 percent, again falling within their margin of error of plus or minus 4.8 percentage points.

The polls suggest that the races aren’t as decided as previously thought. Some assessments also agree that the race will amount to a toss-up.

The results reveal a stark contrast with an earlier New York Times/Sienna poll conducted from Oct. 1 to Oct. 6 that found Epstein trailing at 38 points to Stevens’s 45 points.

Of the two, both women in their 30s, Stevens was previously tipped to be the winner in the election. Now the race appears to be a different game. The 11th and the 8th districts were both won by Donald Trump in the 2016 presidential elections.

The polls come at a time when Republican enthusiasm is up nationally in the wake of the bitter confirmation battle over new Supreme Court Justice Brett Kavanaugh.