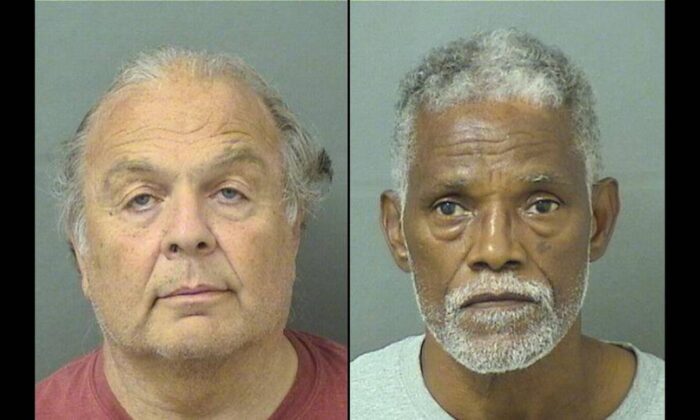 The owner of a waste company and his driver were charged for allegedly dumping sewage into manholes three times, according to the West Palm Beach police.

Some of the human waste would reportedly spill onto the sidewalks, streets, and grass, The Palm Beach Post reported.

The police said that the dumping didn’t affect the city’s water supply.

That unidentified person confronted Grisby and recorded the interaction, but the authorities have not released the video to the public.

Grisby left before police arrived, but the person who recorded the incident took down his name, phone number, permit numbers, and license number.

The next morning, the same person called in to report the same driver who drove a truck that carried 3,500 gallons of sewage and dumped it in the same manhole, the Miami Herald reported.

But this time the sewage spilled onto the street, sidewalks, and grass, leaving a stench in the neighborhood.

After the third incident, the person took their recordings to the police on Oct. 4.

When the police went to the Advantage Rooter office to give them a cease and desist order, Fucarile and his son said an official had told them it was OK to dump sewage in the manhole. They told the authorities that the lift station was clogged and that they had done this as an alternative.

Fucarile and Grisby were jailed but released on $9,000 bail, the Post reported.

Fucarile’s lawyer said he would fight the charges, the Herald reported.

In related news, two Pennsylvania sewage workers were found dead at the bottom of a 30-foot manhole on July 11.

The two men, later identified as Daniel Cleaver and 20-year-old Matthew DiSands, were said to have been conducting a dye test on the Aldan sewer system which is located in the southeast region of the state.

Another crew of workers who were located several blocks away says they lost contact with Cleaver and DiSands, and later found them unresponsive after going to check on them reported ABC News.

According to The Philadelphia Inquirer, a rescue operation to retrieve the two men from the manhole located at West Rively and South Sycamore Avenues began around 11:15 a.m.

The two men were successfully pulled from the manhole around noon but were immediately pronounced dead at the scene by rescue workers.

During a press conference, Aldan Mayor Carmen Maniaci said, “This might be the first time this has ever happened, we’re going to do our best to recover and move forward.”

Maniaci went on to say, “It’s a very heartbreaking situation we have going on here.”

Aldan Borough Police Chief Ken Coppola told reporters: “One of the victims, his father is a police officer, not here but in another Delaware County community. The other victim we all know. We know the family.”

Authorities believe the deaths could be the result of gas fumes inhaled while working underground.

Justin Morgan contributed to this report.