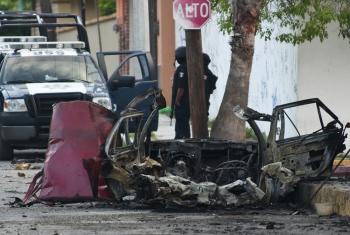 The explosions damaged buildings but left no casualties. The Televisa cannot determine what explosives were used or what had set them off.

These two car explosions make an aggregate of four car explosions this month. It is said that these car explosions are associated with the country’s war with drug cartels and the campaign of intimidation against the media.