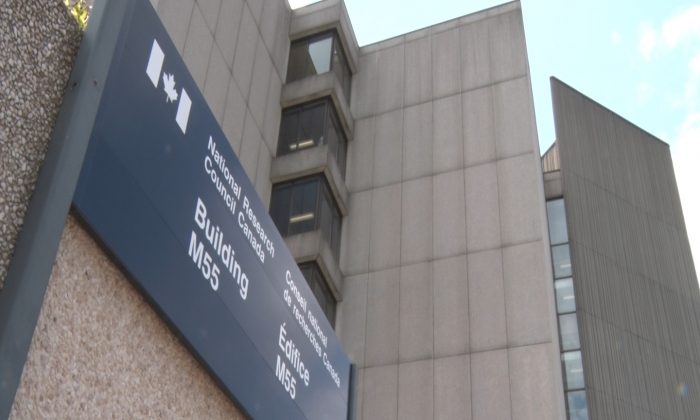 The National Research Council (NRC) includes dozens of buildings in Ottawa, like this one, seen July, 2014. The Chinese regime has placed two Canadians under investigation for espionage exactly one week after Canada named the Chinese state-sponsored hackers responsible for cyber attacks against the NRC. (Matthew Little/Epoch Times)
Canada

Two Canadians Put Under Investigation for Espionage in China

OTTAWA, Canada—Two Canadians have been placed under investigation in China, accused of “theft of state secrets” according to Xinhua, China’s state-run media.

Kevin and Julia Dawn Garratt have lived in China off and on for 30 years teaching English, doing charity, and now operating a café in China near the border of North Korea. One of their sons, Peter Garratt, who lives with them in China, last heard from his parents Monday night, according to the New York Times.

He told the Canadian Broadcasting Corporation (CBC) by phone, “Right now I have no reason to be worried but I know that I’m being watched because my phone’s not working properly, my email and everything has been acting weird.”

Their son, Simeon Garratt, who grew up in China but now lives in Vancouver, told CBC that his parents were caught up in a political mess. He said the investigation had little do with them, and that they were being made an example of.

The arrests come just one week after the Canadian government said “a highly sophisticated Chinese state-sponsored actor” was responsible for a serious cyber attack against the National Research Council (NRC). Some are speculating the investigation of the Canadian expats is in retaliation to that accusation.

The NRC is Canada’s top research organization and works with thousand of Canadians firms across industries ranging from defense, to aerospace and pharmaceuticals. A month-long series of attacks forced the NRC to shut down its computer networks and begin rebuilding them.

China’s Ministry of Foreign Affairs fiercely denied the allegations that the Chinese regime had anything to do with the attacks, calling the accusations “groundless.”

If the Garratts are prosecuted under China’s broad state security laws they could face life in prison. Severe cases can be punishable by the death sentence.

Xinhua reported the State Security Bureau of Dandong City, in northeast Liaoning Province where the couple was living, is handling the investigation.

John Babcock, a spokesperson for Canada’s Department of Foreign Affairs, said consular officials are providing assistance to the two Canadians who have been placed under investigation.

“We are in contact with local Chinese authorities and the family, and are monitoring developments closely,” he wrote in an email.

Last week was the first time the Canadian government has ever officially named the Chinese regime responsible for cyber attacks against Canada. Previously, attacks against the government were only blamed on China by anonymous sources to the media.