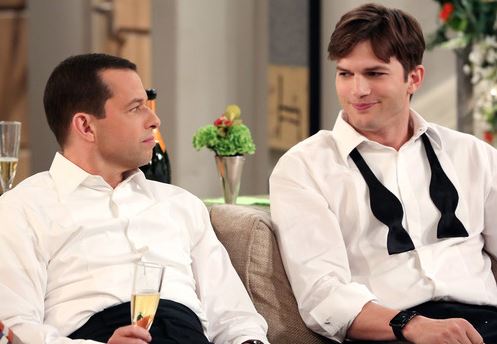 The season 11 finale for Two and a Half Men is coming up next week.

The May 8 finale will see Alan finally confessing to Larry that he is not Jeff Strongman, and that he only made up the identity to scope out Larry, trying to figure out why Lyndsey chose Larry over himself.

He then has to face the consequences for what he did.

Meanwhile, Walden has to deal with his commitment issues and decide if he wants to be with Kate, according to TVLine.

The official description for the episode reveals that Kimberly Williams-Paisley returns as Alan’s fiance Gretchen.

And her real-life husband Brad Paisley, the famed country singer, will make a cameo appearance.

Two and a Half Men has already been renewed for a season 12.