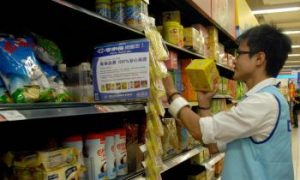 Potentially Contaminated Products from China Flowing into the U.S.
0
US

Two U.S. citizens were shot at the border as they were commuting from Mexico to work in Southern California, media reports said Tuesday.

The two were riding in a pickup truck on their way to work at a beverage maintenance company when their assailant opened fire on them in San Ysidro at the border crossing at around 2 a.m., according to the Los Angeles Times. The men had to be at work in San Diego by 3 a.m.

The Times reported that Luna was an aspiring mixed martial arts fighter, born in Bakersfield, California.

The Associated Press reported that the two were waiting in line to cross the border when they were shot.

San Ysidro is one of the world’s most busy points of entry in the world. More than 50,000 vehicles pass through each day and 25,000 on foot.